AC Milan will be looking to continue their excellent away form when they travel to face Spezia on Saturday night at the Stadio Alberto Picco.

Milan will always be on the hunt for their third-straight win in Serie A, having bounced back well from the Atalanta defeat, beating Bologna and Crotone since.

In his pre-match press conference Stefano Pioli revealed his delight at welcoming back several injured players, with a key trio set to return.

Simon Kjaer, Sandro Tonali and Ismael Bennacer are all back in the fold for Milan which is a huge boost for Pioli, who now has depth in midfield and defence once again.

As MilanNews writes, Pioli will have to do without the suspended Davide Calabria and the injured duo of Brahim Diaz and Daniel Maldini for the trip to Liguria.

In place of the Italian right-back will be Diogo Dalot, with the rest of the defence in front of Gianluigi Donnarumma composed of Kjaer, Alessio Romagnoli and Theo Hernandez.

Ismael Bennacer is set to return to the midfield double pivot alongside Franck Kessie, while from right to left the forwards will be Alexis Saelemakers, Hakan Calhanoglu and Leao behind Zlatan Ibrahimovic.

In their first ever Serie A season, Spezia have been a breath of fresh air for the most part. They sit six points above the relegation zone which is probably something they’d have bitten your hand off for before the season started.

Their defence is a tad leaky having let in 38 goals through the first 21 rounds, but wins over Napoli, Sampdoria and Sassuolo in the last seven rounds have shown they can go toe-to-toe with most teams.

Spezia manager Vincenzo Italiano is expected to bring Tommaso Pobega straight back into his line-up after serving a suspension last week, and he will face off against his parent club as he is on loan from Milan.

However, centre-back Claudio Terzi is set to miss out with injury so Julian Chabot will partner Martin Erlic in the heart of defence. Strikers M’Bala Nzola and Roberto Piccoli are doubts too, and if neither are fit enough then Andrey Galabinov will be the No.9 with Emmanuel Gyasi and Kevin Agudelo the wingers.

Since the inception of Serie A, Milan have only met Spezia twice with one of those being the 3-0 win in the third round of the current season.

Rafael Leao’s brace powered the Rossoneri to all three points with the Portuguese starlet scoring either side of Theo Hernandez’s excellent run-and-finish.

The only other meeting was back in January 2014 in the Coppa Italia and Milan ran out 3-1 winners at San Siro that day, meaning the precedent of scoring three times against the Ligurians has been set.

➤ Milan have won both matches in all competitions against Spezia (Coppa Italia in 2014 and Serie A last October), always scoring three goals.

➤ Spezia are the first team to collect more than 20 points (21 currently) after 21 seasonal games on their first ever Serie A season since Siena in 2003/04.

➤ In the three points per win era, Milan are the 18th team with at least 49 points after 21 Serie A seasonal games: all 17 previous teams finished in the top four, while 14 of these have finished the season in first position (Juventus are included in the 2004/05 and 2005/06 seasons).

➤ Milan’s last Serie A defeat away from the San Siro Stadium dates back to 22nd December 2019 against Atalanta: more than 400 days have passed since then.

➤ Spezia have collected only 29% of their points in this Serie A season in home games (6/21), the lowest percentage.

➤ Milan have kept the most clean sheets in this Serie A season (8), exactly double the total kept by Spezia (four).

➤ In the last game Emmanuel Gyasi scored his second goal in Serie A – however, the Spezia player is the striker who has played the most minutes without netting a goal in home games this season (807).

➤ Zlatan Ibrahimovic is the first Milan player to score 14 goals after the first 21 Serie A games played in a season since Stephan El Shaarawy in 2012-13 – the Swede could also become the oldest player to score 15 goals in a single Serie A season, overtaking Silvio Piola in 1951-52. 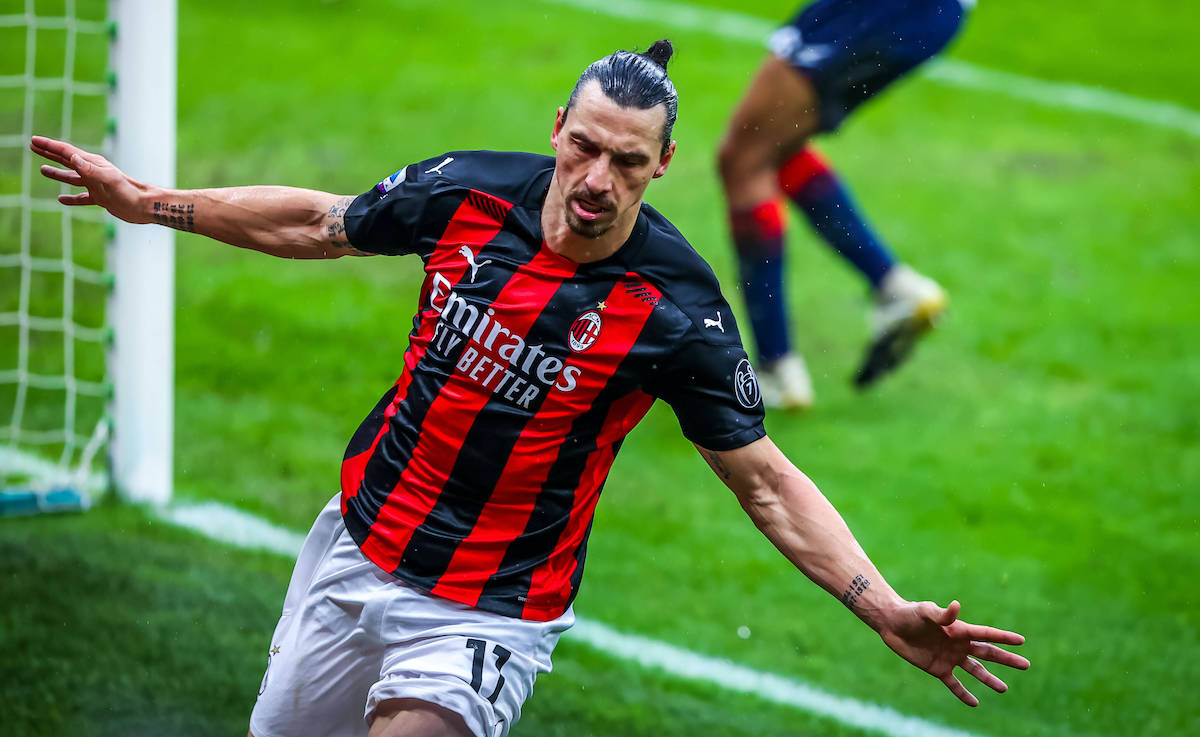 ➤ Since the beginning of December, Hakan Calhanoglu has made seven assists in Serie A, the joint-most in the top-5 European Leagues with Bayern Munich’s Kingsley Coman.

In terms of players to watch for Milan, it will be a big opportunity for Diogo Dalot to show why the management should pursue a permanent deal for him, with the issue having been discussed in the media over the past week.

Obviously it will also be a pleasure to see Bennacer and Calhanoglu back out there from the first minute too, and Kjaer for that matter.

For the home side, the presence of M’Bala Nzola would no doubt be a huge boost for Italiano’s side as he is their top scorer with nine league goals, more than double the next top scorer.

Pobega will also be worth keeping an eye on given that he is obviously still tied to Milan, especially considering there have been suggestions he will get a look in the summer and could be part of the plans for next season.

With the next two league games being Inter (at home) and a tricky trip to face Roma, Milan simply cannot afford to drop points albeit against an opposition who are equipping themselves better to the top flight with each passing week.