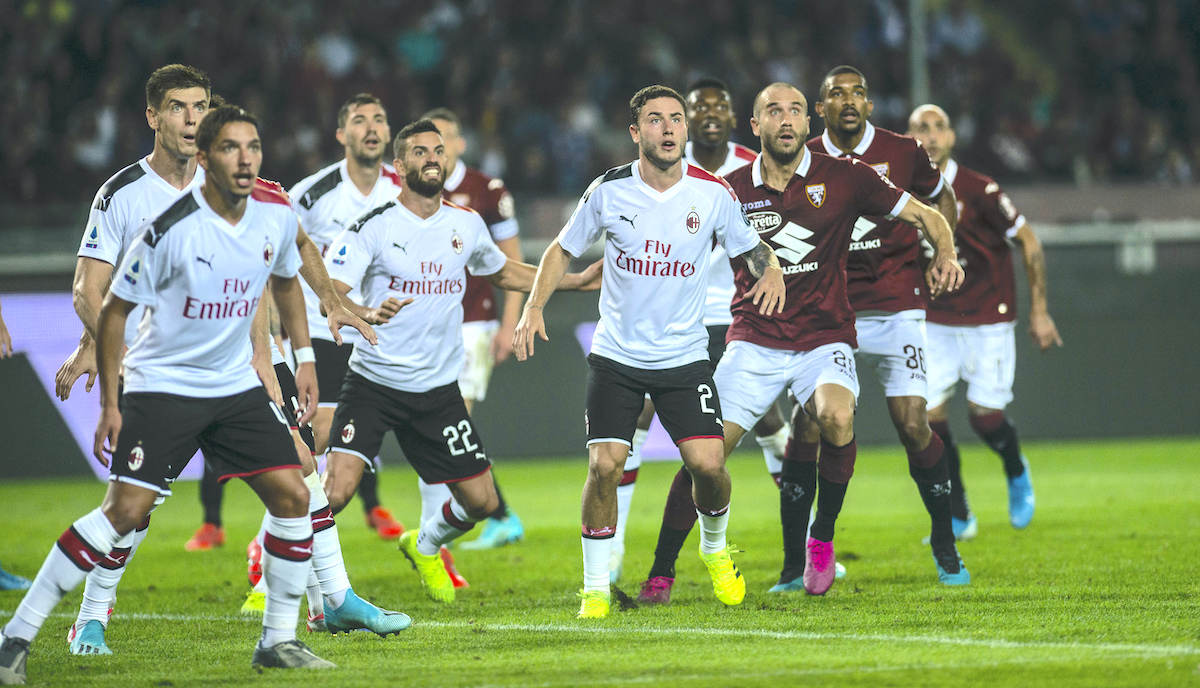 AC Milan will play in Turin for the second time in four days and will be hoping to make it two wins from two when they face off against Torino.

Stefano Pioli’s men will be looking to build off what is potentially their most important win of the season, one that came across the city at the Allianz Stadium as they ran out 3-0 winners against top four rivals Juventus, meaning a place in next season’s Champions League is now firmly in Milan’s hands.

In his pre-match press conference ahead of the trip north, Pioli spoke about the injury situation and reaffirmed his belief that the squad have done nothing yet, with three games still to go and a top four spot still to be seized.

There are two selection issues for Pioli to deal with as Zlatan Ibrahimovic limped off with a knee sprain in the win over Juve and will miss the next two games, while Alexis Saelemaekers was booked and will be suspended after amassing too many yellow cards.

Sky Italia (via MilanNews) gave the latest on Pioli’s training experiments in view of tomorrow night’s match at the Stadio Olimpico Grande Torino. The Rossoneri coach tried two formations as he studies tactical solutions to deal with absentees.

One was the same as the one deployed against Juventus but obviously with the exception of Ibrahimovic and Saelemaekers. In their place Ante Rebic played as the centre-forward and Samu Castillejo as the right winger. At the moment, it seems this is the more likely solution.

The second formation tried by Pioli saw Hakan Calhanoglu return to playing as the No.10 with Rafael Leao coming in for Brahim Diaz and being deployed on the left wing. We can expect more information to filter in the coming hours about the most probable XI.

Torino have had a strange season so far but appear to be trending upwards after a torrid time under Marco Giampaolo. The ex-Milan boss took charge of their first 17 games and won just twice, with relegation at that point looking more likely than unlikely.

However, Davide Nicola returned to the Granata bench and appears to be guiding them towards safety after some initial difficulties. They have won three of their last six games taking 11 points in the process, enough to move them out of the bottom three and currently four points above the drop zone.

Nicola appears to have his own selection issues to deal with as Nicola Murru will out with a thigh strain and back-up goalkeeper Vanja Milinkovic-Savic as well as centre-back Armando Izzo should both be out too.

Mergim Vojvoda’s good recent form should see him start over Wilfried Singo on the right flank and Cristian Ansaldi on the other side of Torino’s 3-5-2, while Andrea Belotti and Antonio Sanabria should again be paired up front, with Simone Zaza pushing for a place.

This is one fixture where Milan really have a mixed record. Although they have been the superior side in the history of the tie, they have won just 13 of their last 34 meetings with Torino. Despite this, the Granata have managed just four wins, while 17 games have ended in level.

Moreover, Milan have not won an away match against Torino since December 2012, when Robinho, Nocerino, Pazzini and El Shaarawy all scored in a 4-2 victory.

The last encounter between the two teams was an excellent contest in the Coppa Italia Round of 16 back in January, where the Rossoneri won 5-4 in a penalty shoot-out. In Serie A, goals from Rafael Leao and Franck Kessie guided Milan to a 2-0 win back in early January.

➤ Milan have won each of their last two league games against Torino without conceding a goal: the last time they enjoyed three consecutive Serie A TIM wins against the Granata without
conceding was back in 1979.

➤ Milan are winless against Torino in Serie A away games since December 2012 (a 4-2 Rossoneri win): in the last seven league meetings between these two teams at Piemonte, there’s been five draws followed by two Granata wins.

➤ Torino have drawn the most games (14) in Serie A this season.

➤ Milan have won 14 away matches in Serie A this season: in the history of the competition, only Inter have won more in a single Serie A campaign (15 in 2006-07).

➤ Milan’s manager Stefano Pioli has gone unbeaten in his last 11 Serie A games against Torino with four draws and seven wins, including the most recent two.

➤ Torino striker Andrea Belotti has been involved in five goals in five Serie A games at the Stadio Olimpico Grande Torino against Milan (four goals, one assist), including a brace in the most recent
match (a 2-1 win in September 2019).

➤ Milan’s Brahim Díaz has found the net in each of his last two league starts, after having scored just one goal in his previous 10 Serie A TIM starts.

The danger man for the home side is obviously Andrea Belotti, as the Toro captain has hit double figures in goals for the sixth straight season in Serie A with 12 to his name so far this term. He also has comfortably the highest WhoScored rating of any player on Nicola’s team.

The supply will come from the likes of Verdi and Ansaldi down the middle and out wide respectively as the pair have combined for 10 assists thus far in 2020-21, with Belotti himself actually having picked up 6 assists. At the back, Bremer seems to be the defender in the best form.

For Milan, all eyes will once again be on the forward players chosen and whether the team can get by without the influence and leadership of Zlatan Ibrahimovic. Attention will be on Rebic should he be the centre-forward, while Calhanoglu and Brahim Diaz will be called upon to back up their good performances against Juve.

Should Alessio Romagnoli come back in at centre-back then it will be another chance for him to prove his worth amid reports he wishes to stay at the club and fight for his place.

This feels like a game that Milan simply have to take momentum into and follow up an excellent performance with three points, as any slip-up would perhaps undo all the psychological progress accrued over the weekend. Another clean sheet would be nice, but at this point three points is worth gold.

Images suggest Calabria could have had a penalty during Milan-Juventus – photos
23 January 2022, 23:03
Serie A Standings