Following the 3-3 draw against Roma, Milan will be looking to get back to winning ways in the league, taking on Udinese away from home. The Rossoneri are clear favourites, but they can’t afford to get sloppy.

Stefano Pioli’s side extended their unbeaten run on Thursday evening (now 23 games) as they easily beat Sparta Praha by three goals to nil. In the league, however, their last result was a draw and they will be keen on grabbing the three points this time.

In his pre-match press conference, the manager praised his team and also made it clear that they want to remain at the top of the standings. Currently two points clear, they will want to continue their good run of form.

Pioli has been handed a boost for this game as Gigio Donnarumma, Jens Petter Hauge and Ante Rebic are back in the squad. The former two tested negative for COVID, while the Croatian has finally recovered from his elbow dislocation.

Matteo Gabbia also tested negative, but needs a bit more time to regain his physical condition. Meanwhile, Samu Castillejo has been left out of the squad due to a minor muscle issue he experienced during training today.

Saturday’s edition of La Gazzetta dello Sport reported that it will be a 4-2-3-1 with Davide Calabria on the right, Simon Kjaer and Alessio Romagnoli the centre-backs and Theo Hernandez on the left protecting Donnarumma.

Although Sandro Tonali was decent against Sparta Praha, Franck Kessie will play from the first minute once again alongside Ismael Bennacer. That being said, the former Brescia man is slowly getting more playing time.

In the forward department, Alexis Saelemaekers and Rafael Leao will be on the right and left flanks respectively, with Hakan Calhanoglu the playmaker behind Zlatan Ibrahimovic.

Udinese finished in 13th place last season, just ten points from the relegation zone, and really struggled to maintain consistency throughout the campaign. Despite this, they opted to keep Luca Gotti as the head coach for this season as well.

Their start to the season has been a nightmare, winning just one game and losing the other four. Their squad, at least on paper, is intriguing and it’s very surprising to see them struggle as much as they have done – although the manager perhaps isn’t the best.

They are currently in 18th place and former Milan man Gerard Deulofeu, who joined the side prior to this season, surely isn’t pleased with how things have gone. The Spaniard is set to start on the left tomorrow and will be up against Calabria.

Other strong names such as Roberto Pereyra, Kevin Lasagna and Rodrigo De Paul will also play from the first minute, so Milan will have to be careful in the defensive phase.

In recent years, Milan have struggled away at Udinese, winning just three of the last 12 games there. That being said, the Rossoneri have been very inconsistent in this period and the situation should be different this time out.

At the start of last season, with Marco Giampaolo at the helm, they lost 0-1 after Rodrigo Becao headed in a corner in the second half. In the reverse fixture, though, Ante Rebic was the big star with two goals, one of which came in injury time.

Taking Udinese’s start into consideration, along with Milan’s current form, stats might not be that relevant to the game but the trend is clear. Take a look at the best facts below, as provided by Opta.

➤ Udinese have drawn more Serie A games against AC Milan than against any other side (33). The Rossoneri have won 40 of the previous 90 meetings between these sides in the top flight, compared to just 17 wins for the Friulani.

➤ AC Milan have won only three of their last 12 away league games against Udinese (D2 L7), with their most recent such victory coming in November 2018 – a 1-0 win, thanks to Alessio Romagnoli’s goal in the 97th minute.

➤ AC Milan have won four of their five league games this term (D1) – only in 1995/96 (under Fabio Capello) and in 2003/04 (under Carlo Ancelotti) have they won five of their opening six games of a Serie A season in the three points for a win era.

➤ This could be the 50th consecutive league game that Udinese haven’t been awarded a penalty – this is already a record in Serie A since Opta have the data available (2005/06), while the last side to suffer a longer such streak in the top five European leagues was Burnley in a run that ended in January 2019 (67).

➤ Udinese’s Kevin Lasagna has scored his joint-most Serie A goals against AC Milan (three). Only Lyon’s Moussa Dembele (20) has fired more shots without finding the net than the Udinese striker (18) in the top five European leagues this season.

➤ Zlatan Ibrahimovic has scored in each his last five league games – only two AC Milan players have enjoyed a longer such run in Serie A in the three points for a win era: Andriy Shevchenko in 2001 and Ibrahimovic himself in 2012.

For Milan, it will be very interesting to see if Ismael Bennacer can build on his performance mid-week, as his passing was spot on. The Algerian is fundamental for Pioli’s systems and you can certainly understand why Tonali hasn’t had loads of playing time.

In addition to the midfielder, Ibrahimovic will be eager to bounce back after missing a penalty last time out. He did win the penalty himself and also got an assist, but we all know that he’s disappointed. 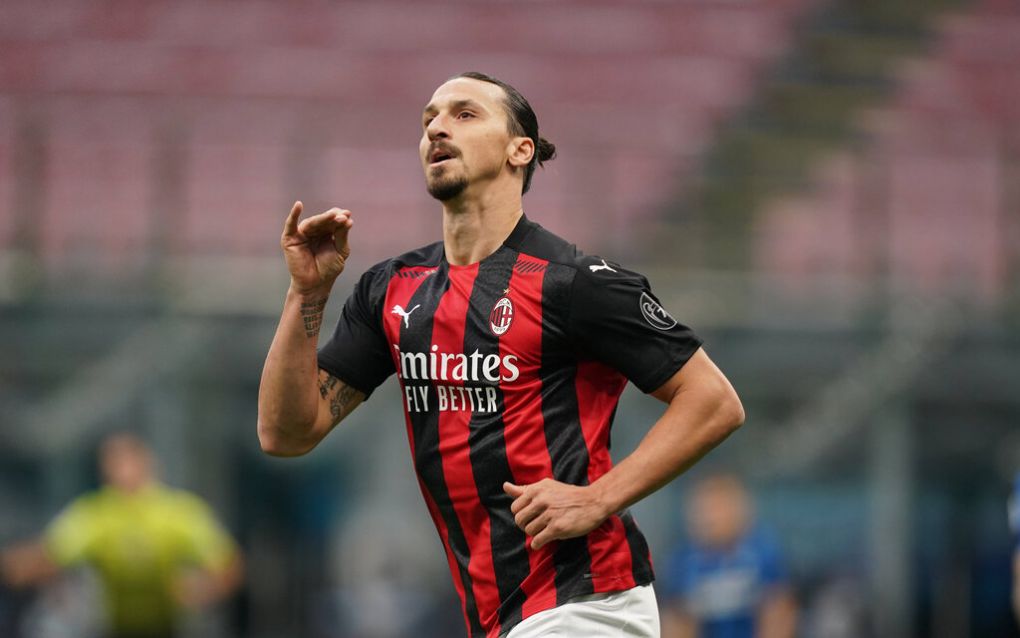 As for Udinese, Milan should be extra careful with Lasagna, which was highlighted in the stats above. He’s a lethal finisher and it will be important not to give him much time, otherwise the Rossoneri could be in trouble.

Of course, an extra eye should also be kept on the Calabria-Deulofeu battle, which most likely will be very important for the game.

As already mentioned, Milan are the clear favourites and the pressure will be on them to command the game. Udinese, though, are lacking confidence and this could hurt them a lot in tomorrow’s clash.

The draw against Roma wasn’t ideal, but the win against Sparta Praha showed that Milan are still in very good form. Hopefully, this will give them the extra boost needed to add yet another three points to their tally.