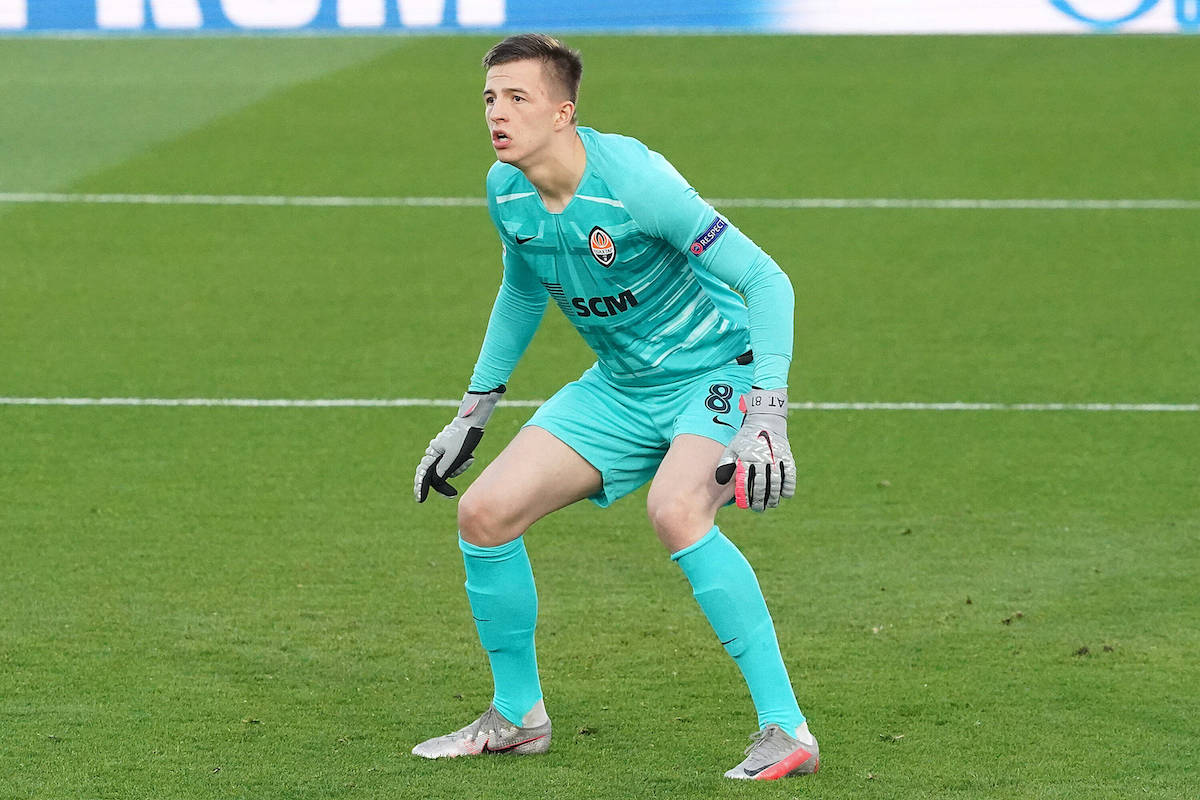 Shakhtar Donetsk star responds to Milan and Inter links: “I am not the Donnarumma of Ukraine”

AC Milan are one of the teams interested in Anatoliy Trubin of Shakhtar Donetsk, but the goalkeeper is not paying much attention to the rumours.

With doubts still hanging over the future of Gianluigi Donnarumma – whose contract expires at the end of the season – Milan are said to be scouring the market for young shot stoppers who could potentially come in and replace him.

Trubin was interviewed by TMW ahead of tonight’s Europa League clash between Shakhtar and Roma, and was asked about the links with Milan and Inter, who are among the sides beginning to show an interest.

In Italy they have labelled him the “Donnarumma of Ukraine” – but the teenager is not paying attention to that nickname nor does he believe it’s correct.

“It doesn’t affect me. Donnarumma is Donnarumma, Trubin is Trubin. I am not the Donnarumma of Ukraine, I am none other than the Ukrainian Trubin,” he said.

“I think they are just rumours and they don’t interest me. As far as I’m concerned, I’m focused exclusively on my performances with the Shakhtar. I train and work hard every day to improve and grow. I don’t have time to think about market rumours.”

Trubin – who started playing football at Azovstal-2 Mariupol before joining the academy of Shakhtar Donetsk in 2014 when he was 12 – made his professional debut in a 4–0 league win against Mariupol in May 2019 and has 21 appearances this season across all competitions.