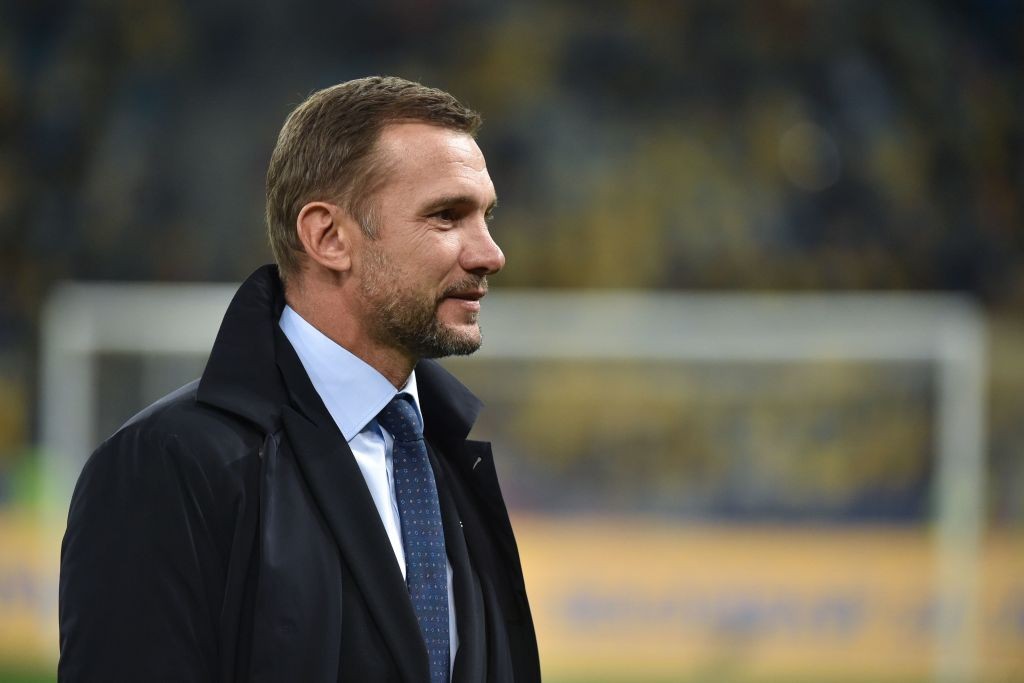 Shevchenko: “I have an incredible bond with Milan; We’ll see where the road leads me”

Ukraine boss Andriy Shevchenko has revealed the incredible emotion of achieving qualification to Euro 2020, and has responded to links with the AC Milan job.

Shevchenko made 322 appearances for the Rossoneri during his two spells at the club, winning five major honours and scoring 175 goals in the process.

He established himself as a club legend during his time at Milan, and incredibly it emerged after the recent defeat to Fiorentina that Paolo Maldini and the club’s leadership were considering a bid to get Sheva to return as head coach.

The rumours persisted for a few days until it became apparent the club were targeting other options, meanwhile Shevchenko is doing a fantastic job with the Ukrainian national team.

He has won 18 of his 31 games in charge of his country, and spoke to Sky Italia after the win against Portugal, which secured qualification to next year’s European Championships.

“It was an incredible journey. I am really satisfied and happy with the atmosphere that was created,” he said.

“We beat a great team like Portugal, the boys were great and I didn’t expect a game like this. It was incredibly emotional for me.

“In this stadium, I received a lot of applause as a player and now it’s the first time as a coach. I will never forget the match against Croatia, which we lost 2-0 in the World Cup qualifiers.

“It was the beginning of my journey as a coach but it was a good lesson. Now I’m satisfied because the team played well and reached a really important objective, winning against a great opponent and against one of the best players of all time – Cristiano Ronaldo.

“Can I become as good a coach as I was a player? I completely left Shevchenko the player behind, he no longer exists; he is history.

“Now a new era has started for me, a path I want to follow and I’m happy to work for my national team. There are many more pressures, I threw myself into this new adventure without having any particular experience. But I believed, just like I believed in my staff because I have prepared people by my side.

“Expectations for the Euros? The first thing we need to do is complete the team, keep working. If the guys play like the qualifiers then I see a good future.

“We’re never favourites, we’re a growing team and we don’t know where we can get. But as of now we’ve shown in the group stage that we’re solid and that we know how to play football.

“If Italy is a team to avoid? Certainly yes. We played against them in a friendly, they have many talents and a coach who’s doing a great job.

“I don’t think that I’m indebted, but I’m proud to be Ukrainian. I threw myself into this work, I believe in the guys and in the talents of my nation, and that enthuses me a lot.

“Milan rumours? I was calm. I went to see the game [Atalanta-Shakhtar Donetsk at San Siro in the Champions League]. I talked to my friends who came to see me, like Paolo Maldini and Demetrio Albertini.

“I played for 8 years at Milan and I have an incredible bond with this club and with the fans. I hope that things improve.

“My dream? Doing well in the Euros. Then we’ll see where the road leads me.”