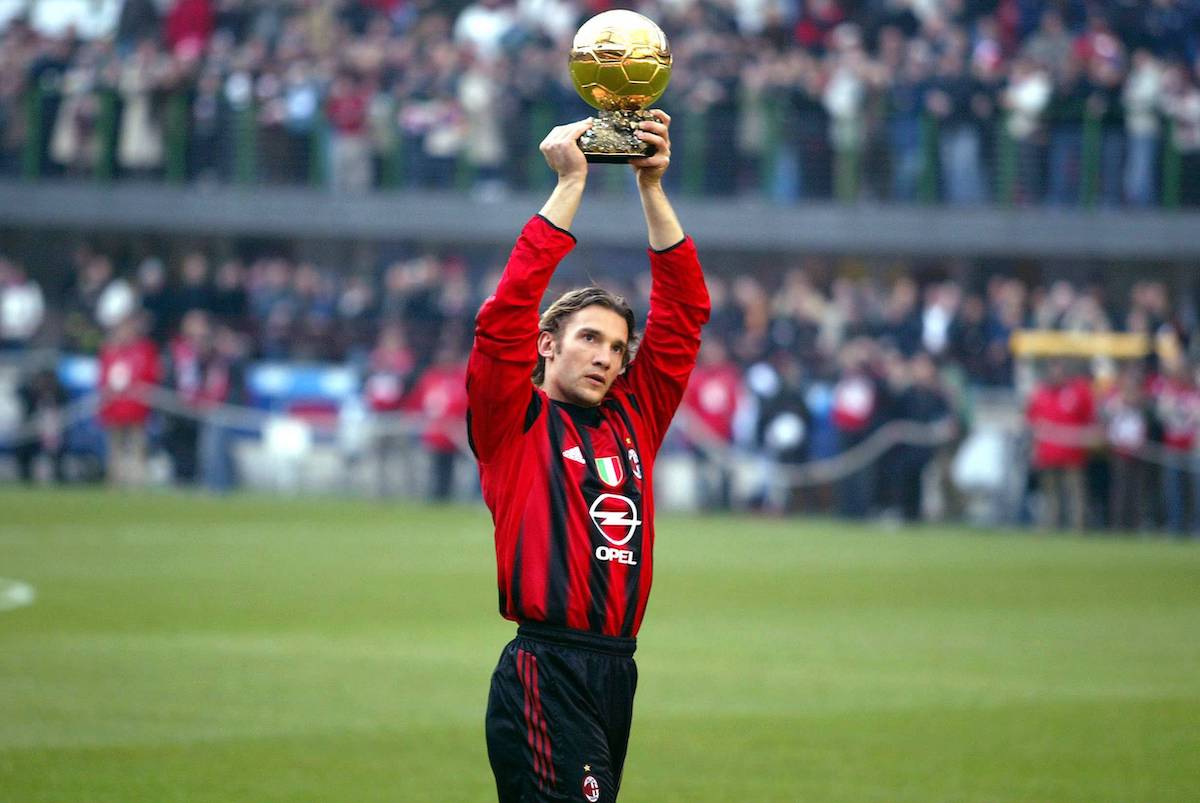 Shevchenko reveals how he joined Milan, why leaving ‘wasn’t a mistake’ and the ‘wound that still bleeds’

Andriy Shevchenko won every possible title during his time with AC Milan and ended as the club’s second highest goalscorer with 175 goals in 322 appearances, only behind Swedish marksman Gunnar Nordahl.

In an exclusive interview for Corriere della Sera (via MilanLive), he spoke about various topics including his arrival in Milan, the club’s infamous meltdown in the 2005 Champions League final against Liverpool and his subsequent transfer to Chelsea.

Shevchenko started out his playing career as a young 16-year-old with Dynamo Kiev, and speaking of his initial playing days he said: “Not once did I think of giving up. I was hungry. I wanted to be successful in what I loved doing. The first time I signed with Milan, my first real contract, I refused to look at the figure written on it.”

Ariedo Braida, Milan’s sporting director from 2002 to 2013, was instrumental in luring the Ukrainian talent to Italy. He spoke of how Braida brought CEO Adriano Galliani to Ukraine to watch him play and what followed.

“Thanks to Ariedo Braida. He saw something in me that I didn’t even know I had. When he took Galliani to Ukraine to see me, I played a hideous game, but he defended me. And when he came to my house to convince me to sign, he gave me a Rossoneri shirt with my name on it. ‘You will win the Ballon d’Or with this one’ he told me. My father and I laughed. He was right.”

His first Champions League came in the 2002-03 season, when Milan ousted Juventus on penalties. But it was his second final that gave him tough memories. Milan melted in an astonishing manner against their Merseyside rivals, giving away a 3-0 first half lead.

“It is a wound that still bleeds. They wrote that between the first and the second half we let ourselves go to celebrate. All lies. Rather. Paolo Maldini was the first to say to be careful, that Liverpool would not give up, even if they were down 0-3. We repeated it to each other.”

The final loss was a stab in the heart for the Rossoneri and personally for Shevchenko, the 2005 showdown in Istanbul had a great impact on his move to Chelsea the next season.

“In the first three months after that acid defeat I would wake up screaming in the night and I began to think about it. I still think about it today that sixteen years have passed. Many of my teammates never wanted to see that game again. I know it by heart,” he reflected.

Roman Abramovich’s Chelsea showed keen interest in signing the current Ukraine coach after a challenging final year at the San Siro, where he returned for a season-long loan spell in 2008/09 during his Chelsea days.

Speaking of which, Shevchenko said he needed a new experience, which he doesn’t view as a mistake: “Galliani and Berlusconi tried to keep me in every way. Milan was my home. But I had chosen, Roman had been courting me for three years. I was thirty, it was the right time to have a new experience. I missed the rematch with Liverpool. And Chelsea didn’t go well, too many physical problems. But it wasn’t a mistake.”

Shevchenko will forever be remembered by the Milan faithful as voracious striker, capable of producing stunning moments in the final-third. A true marksman whose eye for goal instilled fear in defenders.