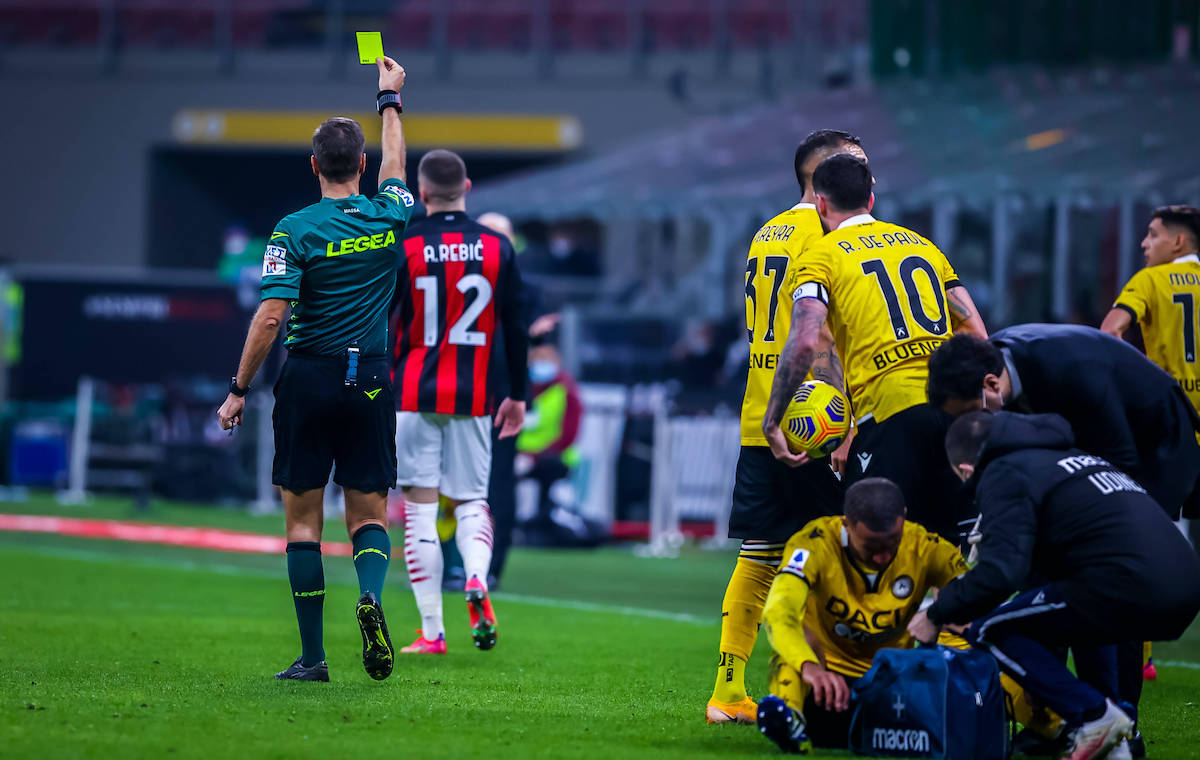 Six players are at risk of missing the huge game against Juventus at the Allianz Stadium if they get a booking against Benevento on Saturday night.

Milan have found themselves in a situation where they must play hard in every game and they cannot afford mistakes, having slipped out of the top four with five matches to go despite being top for over 20 rounds this season.

The game against Juventus in Turin on Sunday 9 May will be an absolutely pivotal direct clash between two top four rivals, but Milan could go into the game with several unavailable players if things don’t go well on Saturday.

That is because full-backs Diogo Dalot and Theo Hernández plus forwards Alexis Saelemaekers, Hakan Çalhanoğlu, Samu Castillejo and Ante Rebić are all one yellow card away from getting a one-match ban, which therefore means if any of them see yellow against Benevento this weekend they will be out for the game against the Bianconeri.