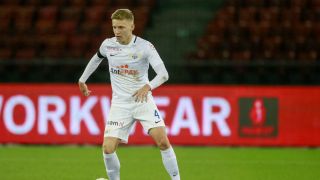 AC Milan are closing in on the signing of Swiss starlet Becir Omeragic, according to the latest reports.

The FC Zurich central defender has already made 11 appearances this season in all competitions, and has established himself firmly in the Switzerland U19 national team.

According to Sky – as cited by Calciomercato.com – Milan are ready to close a deal for the 17-year-old, who can play right-back.

It remains to be known what Milan’s intentions are with Omeragic: his age suggests that he would go straight into the Primavera setup, however given that he is already playing first team football he may wish to be involved with the senior squad – or be loaned out.

It is a signing that would fit well with the ethos that the Rossoneri’s owners Elliott Management have tried to instil, one based around signing young players with high potential and developing them.