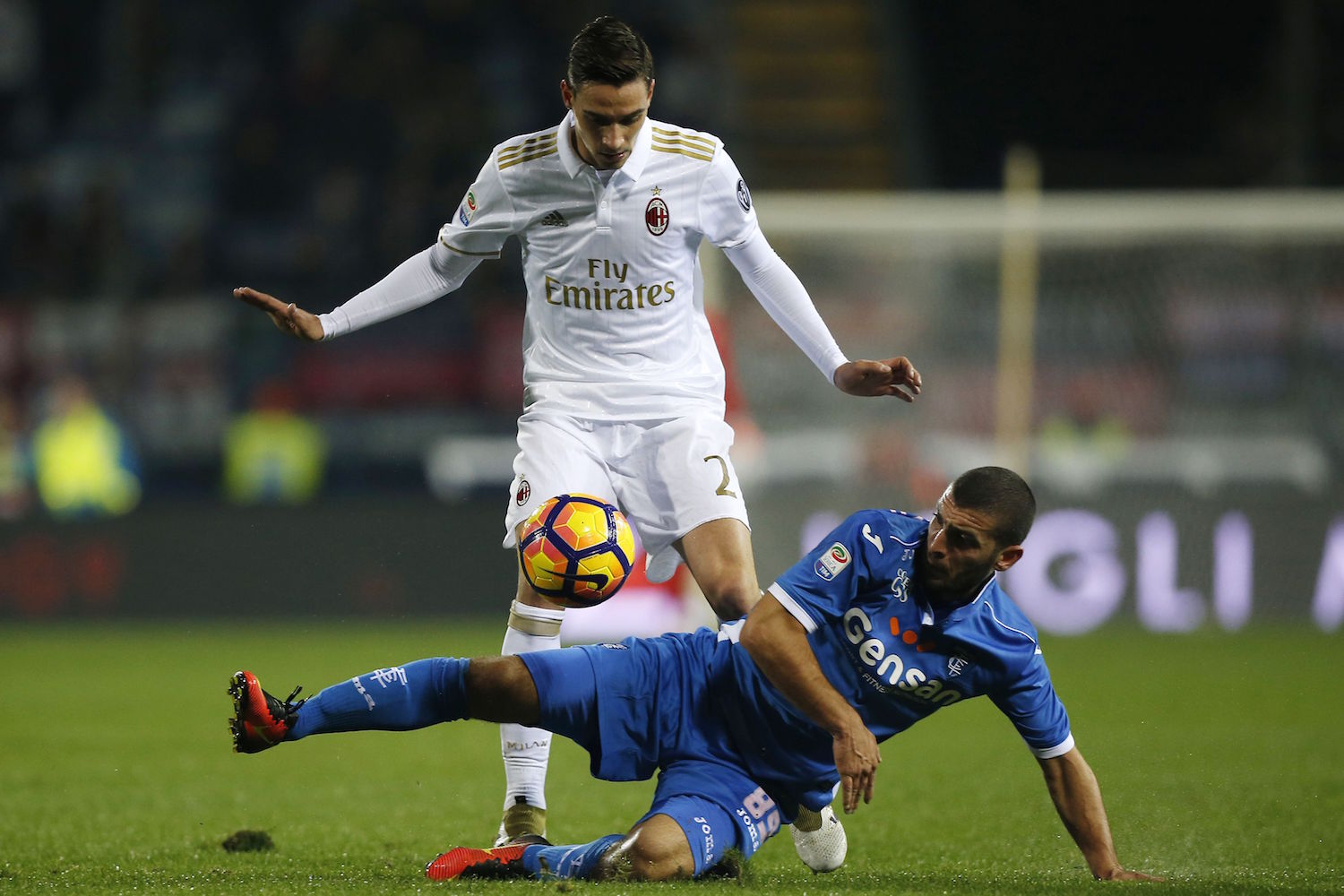 AC Milan defender Mattia De Sciglio has reportedly asked the club to be sold this summer.

This is according to Sky Italia, who report that the Rossoneri full-back has requested to leave the club amid speculation over his future.

Recent reports have stated that De Sciglio has no intention of signing a new deal with Milan and that he has his heart set on a move to Serie A rivals Juventus.

Liverpool were also credited with interest in the 24-year-old, who is a product of AC Milan’s Primavera and was dubbed by some the ‘next Paolo Maldini’.

Tuttosport claimed that the new Rossoneri management’s lack of urgency regarding the renewal was the last straw that convinced the fullback to leave, as the relationship with the club is frozen.

The report states that a figure of around €10million should be enough to convince Milan to sell De Sciglio, so he can get his dream move to Juventus.