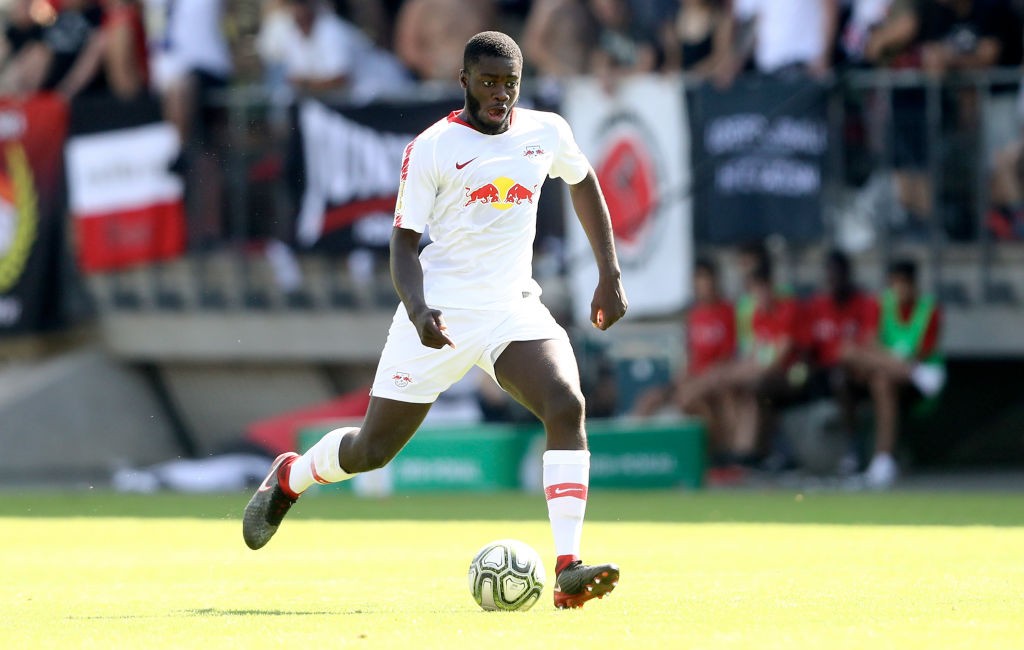 Manchester United and Manchester City have both joined AC Milan in the race to sign RB Leipzig centre-back Dayot Upamecano, a report claims.

Milan have been repeatedly linked with Upamecano over the last few months and the rumours have intensified alongside speculation that Ralf Rangnick – the current Head of Football for Red Bull – could be joining as head coach and sporting director.

Calciomercato.com reported that the possible arrival of Rangnick could open up the potential for the move – just as transfer source Louis Girardi claimed – but there are two obstacles to overcome.

The first is the that Upamecano has a €60m release clause built into his deal, and the second is interest from England.

According to Sky Sports, both Manchester clubs are firmly in the race to land the France U21 international this summer with the duo very keen to reinforce their rearguard.

Meanwhile their colleagues in Germany claim that Upamacano ‘is also being discussed at a host of top clubs in Europe, including Bayern Munich and the major clubs in Spain’, adding that ‘talks are at a very early stage and interest not yet concrete’.