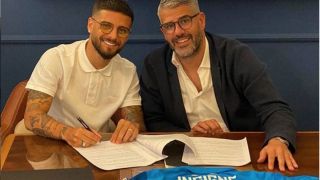 Agent Vincenzo Pisacane was at Casa Milan earlier today for a meeting with the AC Milan management, according to a report.

According to what was reported by Peppe Di Stefano for Sky Italia (via MilanNews), this afternoon the agent Vincenzo Pisacane was at the Rossoneri’s headquarters for a meeting with ‘the management’, which we can infer to be Paolo Maldini and Ricky Massara.

Pisacane is the agent of Inter’s Danilo D’Ambrosio and Napoli’s Lorenzo Insigne among others. The broadcaster however, reports that after having made the necessary checks, what filters from the club is that it is a simple courtesy visit.

Whether this is in fact the case or whether it is a smokescreen for an operation that may be taking place remains to be seen. Among his other clients are Luca Lamiero, Amato Ciciretti and Luigi Canotto of Chievo, plus Andrea Schenetti and Mauro Coppolaro of Virtus Entella.