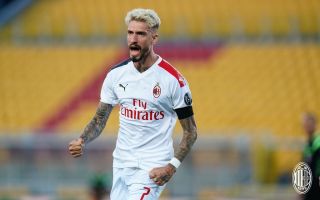 Sky: Castillejo’s recovery time set after positive MRI scan – when he will return

Samu Castillejo is nearing a return. The Spaniard has been unavailable since AC Milan’s 2-2 draw against SPAL due to a hamstring injury, forcing Stefano Pioli to field Alexis Saelemaekers on the right instead.

Although the Belgian has done quite well, considering he only joined in January, it will be important for the manager to get Castillejo back in the squad. As reported by Sky Italia this evening (via MilanNews.it), the winger is indeed getting closer to a return.

This morning, he underwent an MRI scan to assess the recovery thus far and the results were positive. The Rossoneri’s No.7, however, still needs four or five days before he can start training with the rest of the squad.

In other words, he should be at Pioli’s disposal for the last three games of the season, starting with the clash against Atalanta. That is, of course, if everything goes to plan with the recovery.