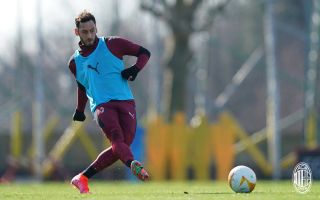 There will soon be another meeting to address the situation regarding Hakan Calhanoglu’s renewal but the parties are still very distant, a report claims.

According to reports from Sky Italia (via MilanNews), next week there will be a meeting between Milan and the entourage of Calhanoglu – led by agent Gordon Stipic – to discuss the renewal of the Turkish playmaker.

At the moment, the two parties are not close and therefore they will therefore have to work diligently to reduce the difference between the offer on the table and the demands of the agency in order to find an agreement for the extension of the 27-year-old.

Not only that, but there is a race against time to do so, given that Calhanoglu continues to be decisive in the current side and that he has less than six months remaining on his current contract meaning he is free to agree terms and sign a pre-contract elsewhere.