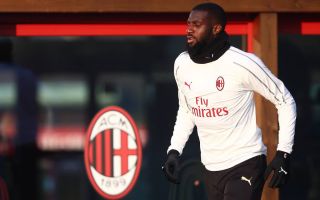 Sky: ‘Deal will go through’ as Milan conclude meeting with agents of Chelsea outcast

AC Milan are closing in on what will be their 9th signing this summer, which will be Tiemoue Bakayoko from Chelsea. The midfielder is now just one step away from the Rossoneri, following a meeting today.

The agents of Bakayoko had a meeting with the Milan management at Casa Milan earlier today and it ended 20 minutes ago (see picture below). As reported by Sky Italia (via FMCR), the deal ‘will go through’ from what they have been told.

Daniele Longo added that the parties are almost there, with new contacts expected between the clubs tonight to fully define the operation. The formula should be a loan (perhaps paid) with an option to buy, based on previous reports.

It’s a necessary signing for Milan as they only have Rade Krunic and Sandro Tonali fully fit for the midfield tandem currently. Ismael Bennacer should be back from start this weekend but the Rossoneri can’t risk having poor depth this season.