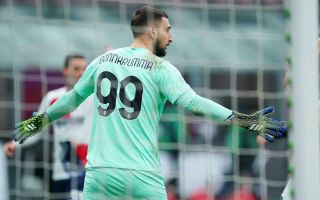 Sky: Donnarumma wants future resolved – PSG, Barcelona and Juventus keen but there is a problem

Gianluigi Donnarumma wants to have his new club sorted before the European Championships, but a journalist has revealed that it appears difficult at present.

Peppe Di Stefano spoke to Sky (via MilanNews) about the future of Donnarumma, whose contract with Milan expires next month and it seems almost certain now that he will leave the club after nine years both in the Primavera and in the senior side.

Donnarumma’s hope is to find a team before the European Championships start so that he can think exclusively about the competition and not be distracted by his future. The 22-year-old is in Raiola’s hands with Barcelona, ​​PSG and Juventus all interested.

The problem is that the main teams interested in him (Juve, Barca and PSG) are all extremely happy with their respective starting goalkeepers, which means it is difficult to imagine one of them moving concretely without that situation changing.