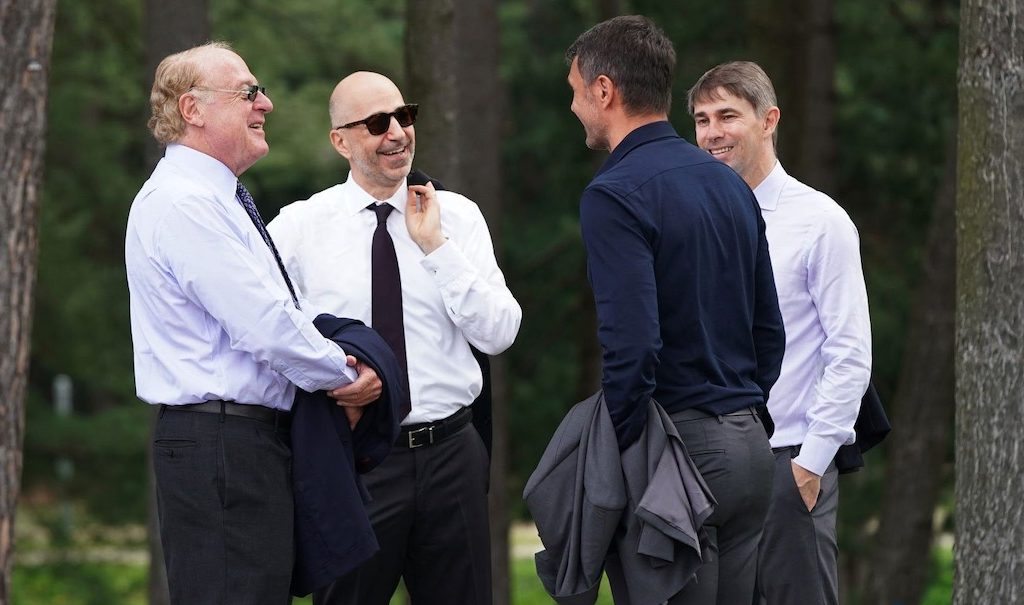 To describe the last 24 hours as a category five hurricane might even be a bit of an understatement in truth, with everything seemingly having done a full 180 degree spin.

It seemed almost certain that Rangnick would arrive and lead a new revolution once the season was over, but during the first half of Tuesday night’s win over Sassuolo reports began to emerge stating otherwise, and after the game it was confirmed that Pioli has instead signed a new two-year deal.

According to Sky Italia (via MilanNews), this morning at around 10:30 CET, the full Rossoneri management arrived at Milanello including Scaroni, Gazidis, Maldini and Massara.

They gave Gigio Donnarumma a plaque to commemorate the 200 appearances he has made for Milan and above all they spoke with the whole team to explain the reasons that led to the confirmation of Stefano Pioli.

These are meritocratic reasons: Pioli deserved the renewal thanks to his excellent work and the unquestionable results he is obtaining.