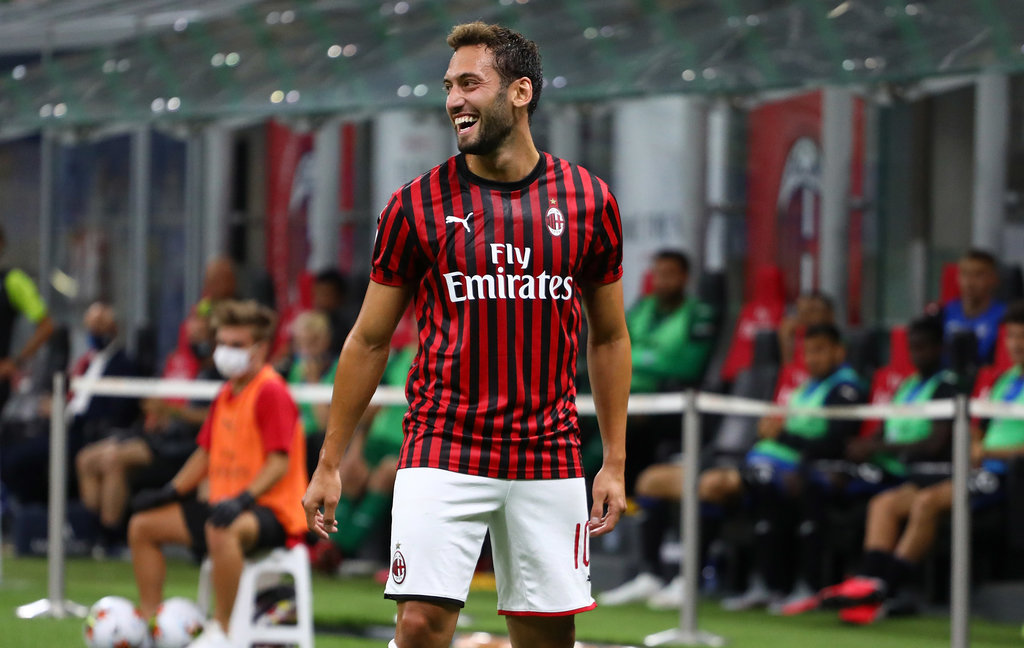 The signs are beginning to point towards an exit for Hakan Calhanoglu with Manchester United in talks over a deal, a report claims.

Now, Sky in Germany have offered an update on the situation in their live blog, claiming that there are currently no advanced negotiations about a contract extension.

They add that ‘the signs point more and more to a move’ and that ‘one of the interested parties is Manchester United’ with several conversations having been held between the Premier League side and the player’s entourage.

However, the financial aspects still have to be clarified, which is why a done deal is not yet considered close. In addition, United currently have a world-class player in the position of playmaker in Bruno Fernandes.