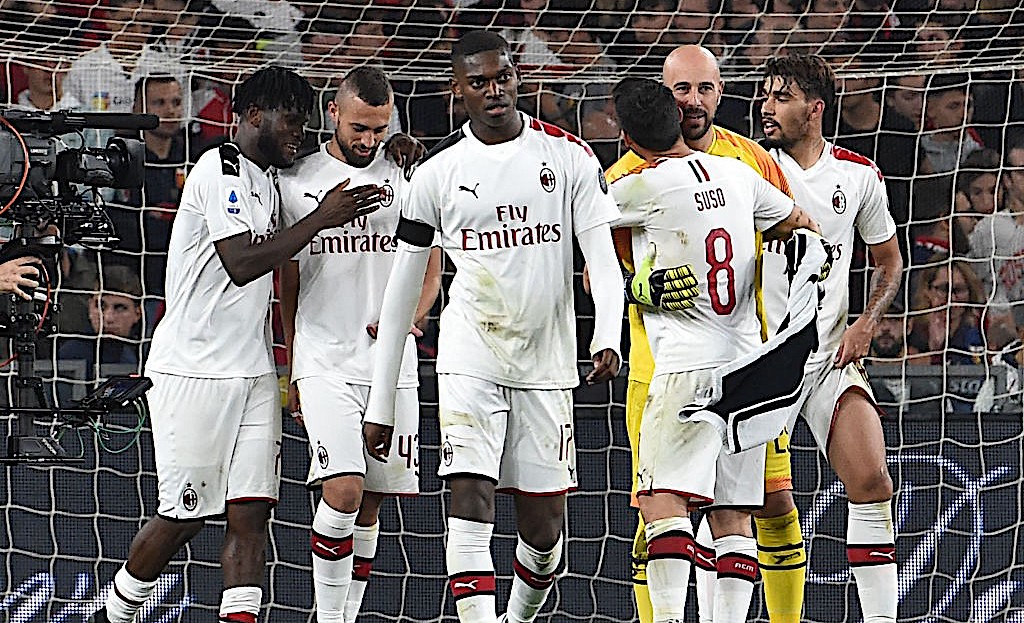 Sky: ‘High tension’ in the Milan dressing room after win against Genoa

There was ‘tension’ in the AC Milan dressing room following Saturday’s win over Genoa, according to a report.

It appears that head coach Marco Giampaolo is more and more in danger of losing his job despite the win at the Marassi, in which the Rossoneri had to come from behind against a team in the bottom three.

On Sunday, we revealed that Giampaolo’s future is in serious jeopardy, while il Corriere della Sera have revealed that the chances of him being dismissed are ‘very high’.

According to Sky Italia – as cited by Calciomercato.com – one of the reasons for this could be that the group was very disunited after the game against Genoa.

The reliable outlet mentions ‘tension in the dressing room’ after the victory – in which only a Pepe Reina penalty save in the 93rd minute preserved the three points.