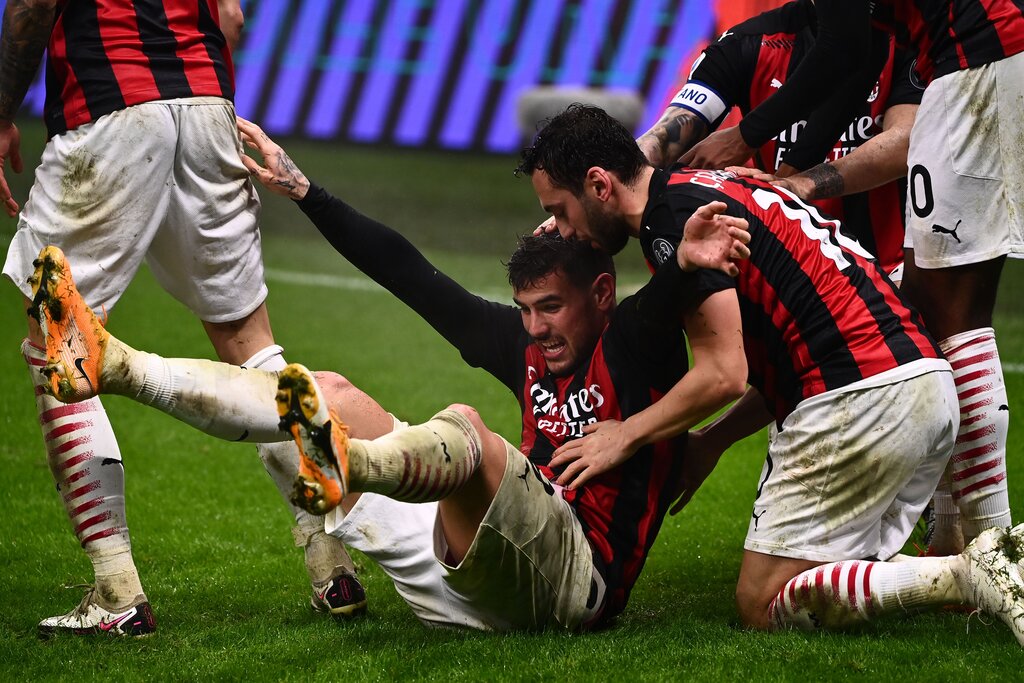 Just as it seemed as though AC Milan were back at full health, four players are reportedly now in doubt for the game against Sassuolo tomorrow.

According to the latest from Sky reporter Peppe Di Stefano (via MilanNews), Paolo Maldini and Frederic Massara have not spoken with the team about the Super League news, while on the other hand there is some bad news about fitness.

Neither Ismael Bennacer nor Zlatan Ibrahimovic are doing well at the moment and are not at 100%, while the same can be said for Theo Hernandez and Hakan Calhanoglu. If they fail to make it, Rafael Leao and Diogo Dalot will play in their place.

Davide Calabria will start at right-back with Simon Kjaer and Fikayo Tomori the centre-back pairing, meaning Alessio Romagnoli will be on the bench still. In the middle of the field, Pioli tried Franck Kessie and Soualiho Meité in this morning’s training.

READ MORE: Pioli reveals Milan could be without four star players for game against ‘problematic’ Sassuolo