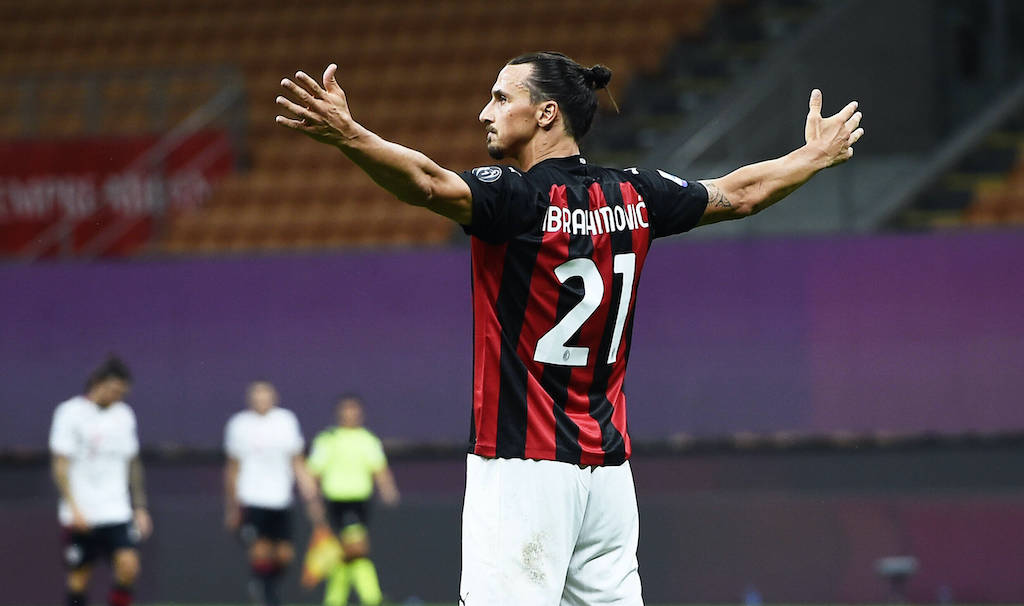 Sky: Ibrahimovic to renew with Milan after new offer – signature should arrive on Wednesday

Zlatan Ibrahimovic is expected to sign his new contract on Wednesday and confirm his stay at AC Milan, according to a report.

The vast majority of the Milan squad reported for their COVID-19 tests on Monday ahead of today’s return to training at the Carnago Sports Centre, but Zlatan Ibrahimovic was not one of them.

It has been reported there is still a distance between the offer on the table from Milan and what the Swede is demanding, but Maldini did tell Sky on Monday night that there is ‘optimism’ over reaching an agreement.

However, according to what Luca Marchetti told Sky (via MilanNews) Milan made a new offer to Ibrahimovic, one which has meant that the parties are now virtually there in terms of an agreement.

Sky even go so far as to say contract renewal should be signed by tomorrow, meaning the saga looks set to finally come to an end.

Vito Angele is also reporting that Ibrahimovic’s story will continue as he will land in Milano and sign his new deal in the next 48 hours.