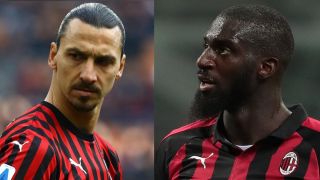 A couple of market updates have arrived from Sky Italia journalist Gianluca Di Marzio regarding Zlatan Ibrahimovic and Tiemoue Bakayoko.

Di Marzio (via MilanNews) has revealed that Ibrahimovic wants to be the highest paid player at Milan because he thinks he deserves it, given the impact he has made since officially securing his return in the winter.

Milan have made their offer, the Swede has made his counter-request but the distance is absolutely bridgeable, so Di Marzio believes that in the next few days the two parties can reach a definitive agreement, as the will of both parties is to do so.

At Casa Milan the negotiations for Chelsea’s Bakayoko are ongoing. The are talks with his agents, and the negotiation is not yet concluded but there are strong signs of Bakayoko’s desire to return to Milan. The Rossoneri and Chelsea must find an agreement that, to date, has not yet been found, but the signs seem good.