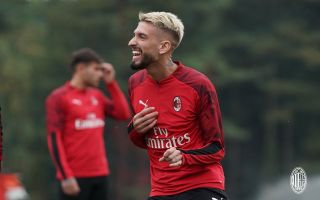 AC Milan are in talks with Sampdoria and Real Sociedad over the potential departure of Samu Castillejo, according to a report.

Gianluca Di Marzio spoke on Sky Italia (via MilanNews) spoke about Sampdoria’s interest in signing the 26-year-old and confirmed that there was a telephone call between sporting directors Massara and Faggiano, but the problems are the player’s salary and the request for a paid loan from Milan.

However, Genoa might not be the only potential destination as Castillejo could yet return to LaLiga, where Basque side Real Sociedad are also interested in signing him. With just under 24 hours until the window closes, things have to get moving quickly.

Castillejo came off the bench for the final minute of Milan’s 4-1 win over Cagliari last night to a standing ovation and chants from the 35,000+ crowd present at San Siro, and a post he did on Instagram that hinted an exit may be on the cards.