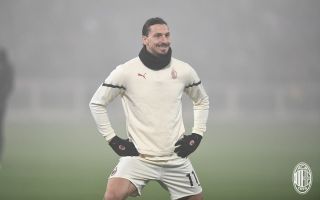 AC Milan and Zlatan Ibrahimovic should continue together beyond the end of the season, a journalist has claimed, while they should not be discouraged by the defeat against Fiorentina.

MilanNews interviewed Sky journalist Stefano De Grandis about a number of different topics, starting with the weekend defeat to Fiorentina which ended the unbeaten start in Serie A. Given La Viola’s defensive crisis due to suspensions and injuries plus the fact Milan had won 10 out of 12 in the league going into the game, not many saw a defeat for the Rossoneri, but those who did may have backed it through Novibet Betting.

What did you think of Milan’s performance in Florence?

“They played a good match. It is clear that the final result always conditions the judgments, but Milan played well. In the first half they went under due to a faults of the pair Ciprian Tatarusanu and Matteo Gabbia, with the goalkeeper having the greatest faults.

“Despite this, Milan were playing better and even after the 1-0 they had put Fiorentina under pressure. Then in the second half they had almost retired on the game. It is a blank but there may have been other games won by Milan in which they played worse. The match in Bologna comes to mind.”

Could Milan have psychological repercussions after this first defeat in the league?

“I don’t think so, because in any case Napoli also lost. It is true that Inter have approached and there could be a bit of concern, but if you go to evaluate the performance, Milan did not disappoint in Florence.”

With the defeats in Napoli and Milan and with Inter just 4 points, who do you think is the favourite for the title now?

“There is no favourite. We can easily talk about a three-way race between Napoli and the Milanese, also taking Atalanta into consideration because if Josip Ilicic and Luis Muriel were to return to good levels, they can have their say, even if they are currently a bit detached.

“Inter with this victory against Napoli has shown that they are back in the running and have everything to be able to win. So I’ll tell you a three-way race, with respect also for Atalanta. Juventus on the other hand, despite having won against Lazio, are too late and do not convince me.”

Is Zlatan Ibrahimovic right to go on until June 2023?

“I must tell you that despite the goals against Bologna, he seemed a bit in trouble, firm and easily anticipated. From the match against Roma, on the other hand, he has returned to being dominant even if rightly afterwards he takes a few breaks because he is no longer a kid.

“The goals against Fiorentina were beautiful and he even came close to a hat-trick with the header in the final stages. He is a player who with intelligence manages to play for others, and when he sets up on his own, to be decisive himself. If this is the case, it may be that he will continue for another year.”

READ MORE: Renato Sanches closes in on Milan again after being one step away in 2017 – the background