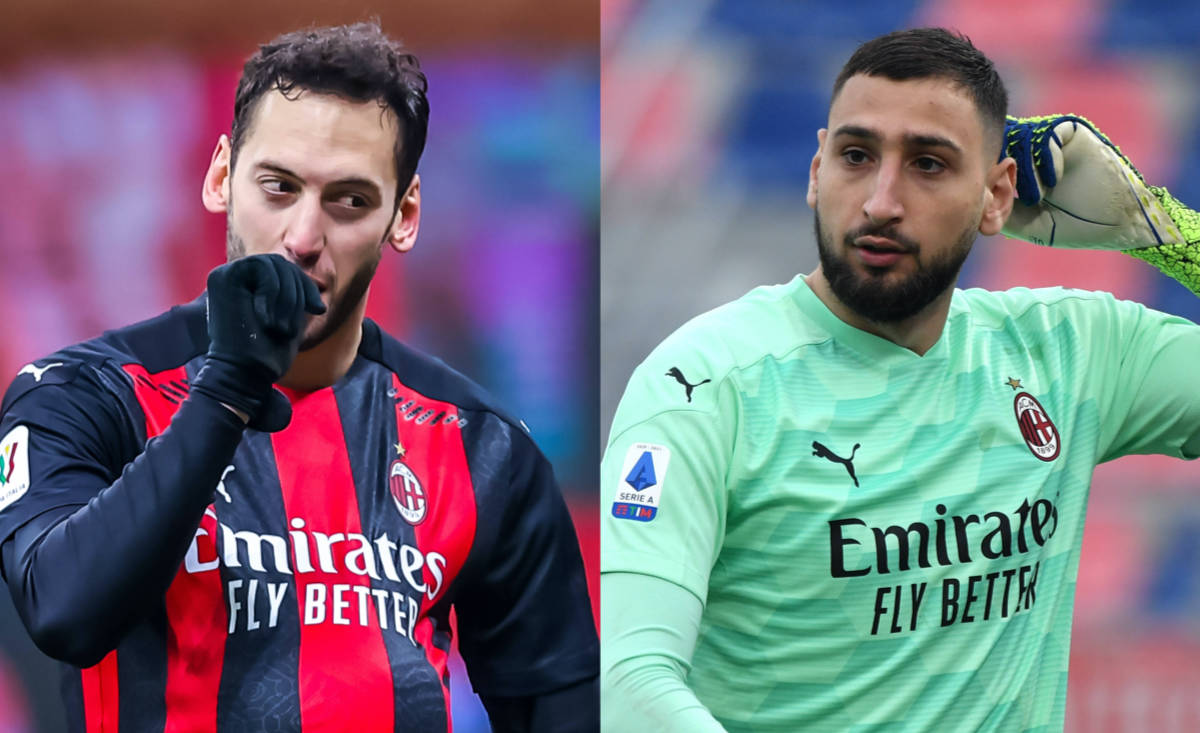 It could be the last game in an AC Milan shirt for Gianluigi Donnarumma and Hakan Calhanoglu on Sunday, a journalist has confirmed.

Milan head into the final game of the season against Atalanta knowing that only a win will guarantee a top four spot after a season in which they have led the league for most of the campaign. A slip-up from either Juventus or Napoli – or preferably both – would of course help the cause for Stefano Pioli’s men, but the feeling is that the game represents a crossroads in terms of the Rossoneri’s future.

Peppe Di Stefano spoke to Sky Italia from Casa Milan to explain the situation regarding the renewals of Donnarumma and Calhanoglu, with his words virtually confirming that failure to secure a place in the Champions League could cause the two players to leave Milan.

“It could be Donnarumma’s last match as well as Calhanoglu’s. After the match against Atalanta it will be up to understand what can happen for both Rossoneri players. It is certain that after the season one will leave for the Turkish national team and one for the Italian one. It is still early to discuss this,” he said (via MilanLive).