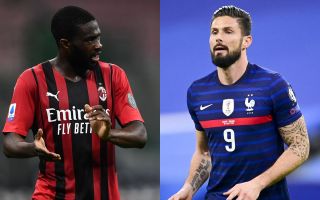 Milan are working hard to reinforce their squad and one of their priorities is the redemption of Fikayo Tomori. They are also working to sign another Chelsea player, namely the experienced striker Olivier Giroud.

Tomori has a buy-out option of €28m in his contract and the Rossoneri are currently in talks with Chelsea over the operation. According to Manuele Baiocchini of Sky Italia, they still ‘need a few days’ to conclude the signing of the centre-back.

As for Giroud, Milan are working on the signing as we speak. The Frenchman’s contract with Chelsea will expire at the end of the month and he will thus arrive for free. The idea is that he will be the deputy for Zlatan Ibrahimovic.

The feeling is that Milan will be able to secure both these players as they are eager to provide Stefano Pioli with the signings quickly. When Gigio Donnarumma decided not to renew, for example, Mike Maignan arrived almost instantly.

READ MORE: Milan have made their decision as €10m loanee will return to Torino