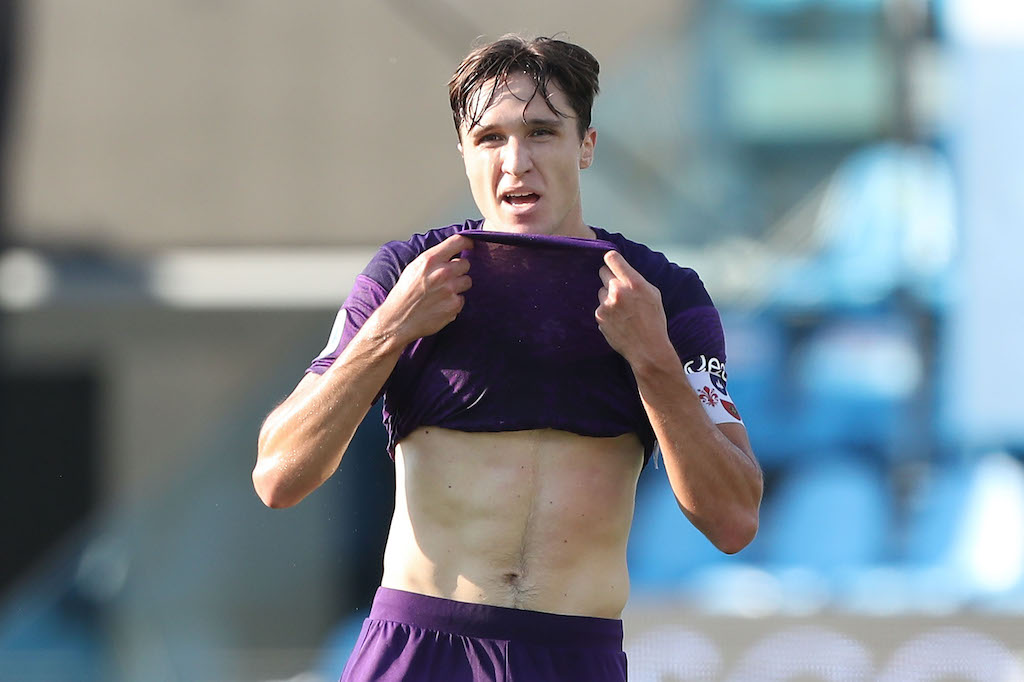 Sky: Juventus the only viable option for Fiorentina star Chiesa as Milan’s stance is outlined

AC Milan have never entered official talks with Fiorentina over winger Federico Chiesa due to his asking price, a report claims.

Meanwhile, Brahim Diaz has joined on loan from Real Madrid and Sandro Tonali completed a move from Brescia, as did Ciprian Tatarusanu from Lyon, with Jens Petter Hauge on the way from Bodo/Glimt.

Gianluca Di Marzio in his latest for Sky (via MilanLive) has attempted to pour cold water on the Milan links though by claiming that the Rossoneri have never even asked for information about the 22-year-old.

He adds that Juventus are the only viable option for the transfer of Chiesa because Milan consider Fiorentina’s €60m valuation to be far too much.

In addition, Milan believe that with the arrival of Hauge, they have found the right man for the right wing and he will battle with Saelemaekers and Castillejo. Pioli liked Chiesa, but the budgetary requirements prevented the management from opening any kind of conversation with Fiorentina.