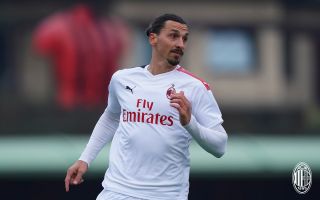 Sky: Latest on six Milan players set for exit – the signs on Ibrahimovic and Kjaer

AC Milan currently have six players which are destined to leave the club once the season is over as their contract or loan deal is set to expire.

Among these is Zlatan Ibrahimovic, and according to the latest from Sky Italia (via MilanNews) in the last few weeks there have been no positive signs on the extension of the Swede, but every discussion is postponed to the end of the season.

There is no chance of a renewal, however, for Lucas Biglia and Giacomo Bonaventura who will leave Milan in the summer. Looking at the players who are on loan until 30 June, the redemption of Alexis Saelemaekers appears to be difficult and unlikely, while Simon Kjaer and Asmir Begovic continue to play for their futures.

Kjaer could be kept around as an experienced defensive option given there is an option to buy inserted into his loan, while Begovic could also remain as the back-up goalkeeper if Pepe Reina leaves as is expected.