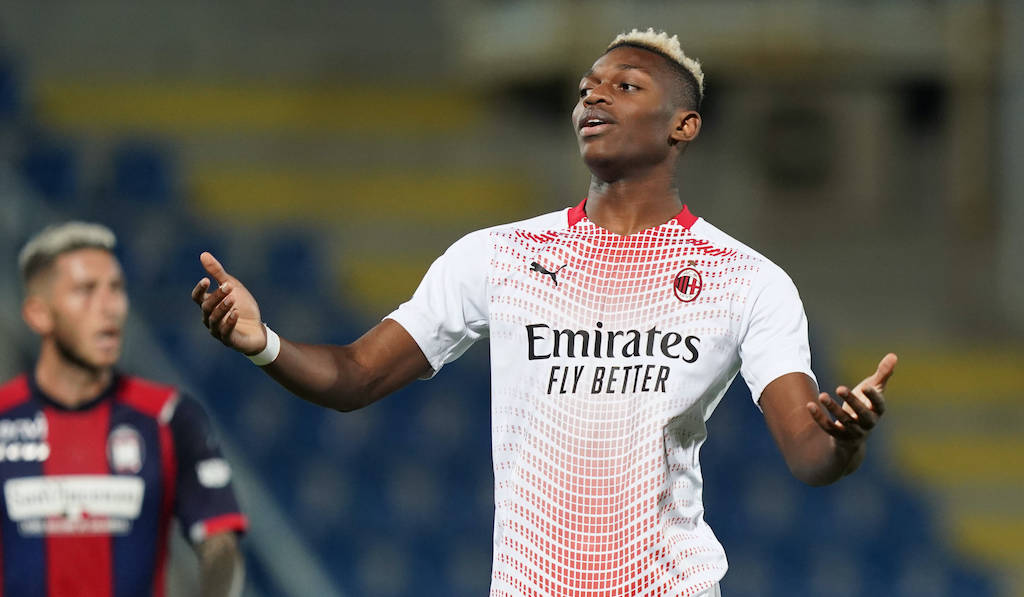 Sky: Leao’s position against Lazio confirmed as duo face a race against time to be fit

It seems that the day of the game will be decisive for Ante Rebic and Sandro Tonali in terms of whether they will play against Lazio.

Milan will head into the game with Zlatan Ibrahimovic, Simon Kjaer, Matteo Gabbia, Ismael Bennacer and Franck Kessie all out.

Speaking on Sky Sport 24 (via MilanNews), Peppe Di Stefano confirmed that most important doubts to head coach Stefano Pioli are those concerning the possible recovery of Tonali and Rebic, which will be resolved only during the final training session tomorrow morning.

He then added that Rafael Leao – after an excellent performance against Sassuolo – will be played again in the role of centre-forward even if Ante Rebic were to recover.