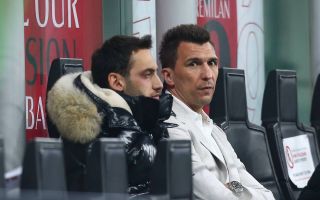 Sky: Mandzukic has nine games to fight for his Milan future – the club’s current stance

It is unlikely that AC Milan will continue with Mario Mandzukic into next season as things stand, according to a report.

Mandzukic arrived during the January transfer window on a free transfer but has since only amassed 158 minutes for the club. The Croatian striker, who has previously played for Juventus, decided to take the No.9 shirt and try to break the curse that the burden of the number has resulted in, but as mentioned he has barely been on the pitch.

According to what Sky Italia are reporting (via MilanNews), the future of Mandzukic at Milan is still in doubt, with his contract expiring on June 30th. The agreement reached in January provided for automatic renewal upon the occurrence of certain conditions, mainly linked to appearances, conditions that have not yet occurred.

The Croatian’s potential stay will therefore depend on how he ends the season, but at the moment the stance of the Milan management as that they do not intend to continue their relationship with the former Bayern Munich man, but the situation could change if the player turns out to be decisive.