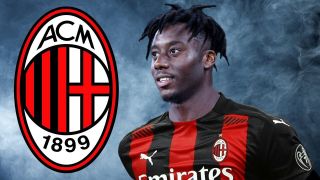 Sky: Milan close €10m deal for French midfielder – a breakdown of the formula and figures

Some details have reportedly emerged regarding the deal which will see Milan sign Soualiho Meite from Torino.

Our correspondent Pietro Balzano Prota has confirmed to us that Milan have indeed closed the deal for Meite, having received confirmation from the Frenchman’s agent.

According to what is being reported by Sky Italia’s Gianluca Di Marzio on Twitter, Meïte will join Milan for a total of €10million.

The structure of the deal will be as follows: a loan until the end of the season for which Milan will pay €500k, with an option to buy inserted for €8million plus €1.5million in potential bonuses.

After days of negotiating then it seems the Meite operation is compete and the 26-year-old midfielder will undergo medical examinations shortly before the move is made official.

It is possible that he could be available for next Monday’s game against Cagliari depending on how quickly everything gets over the line.