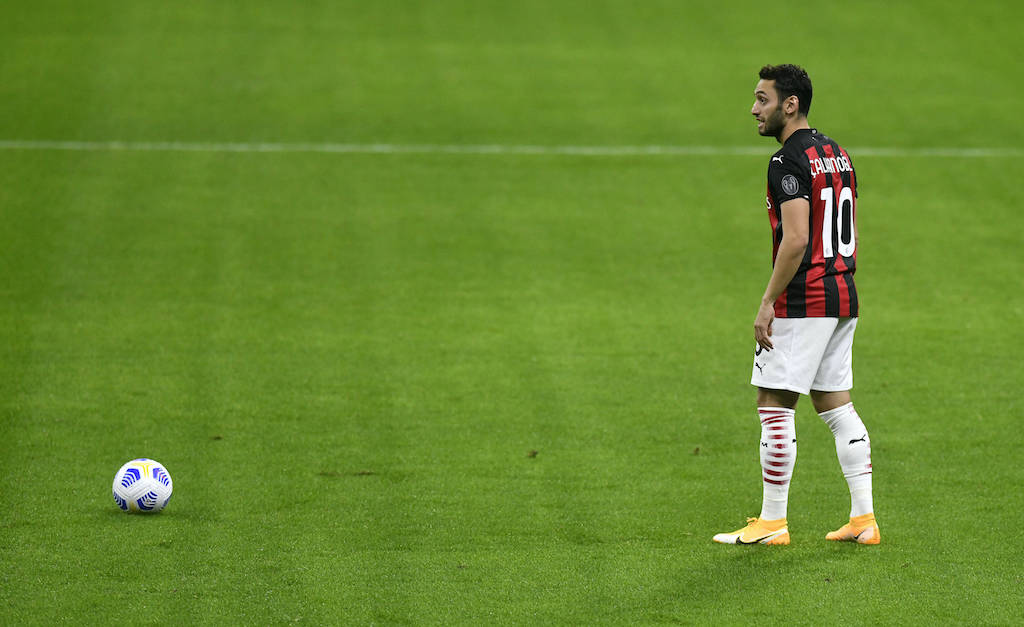 Sky: Milan close in on agreement with playmaker as Man Utd interest goes ‘rather cold’

AC Milan and Hakan Calhanoglu are finally moving closer to reaching an agreement over a contract renewal, according to a report.

According to what is being reported by Marc Behrenbeck of Sky Germany on Twitter, there have been ‘good conversations’ between the Milan management and the entourage of the player.

Therefreo, Milan and Calhanoglu have moved closer to a contract extension beyond the summer with further talks to be held after Christmas.

Regarding Manchester United’s interest – something Sky in Germany have confirmed – he adds that they have now gone ‘rather cold’ in their pursuit.