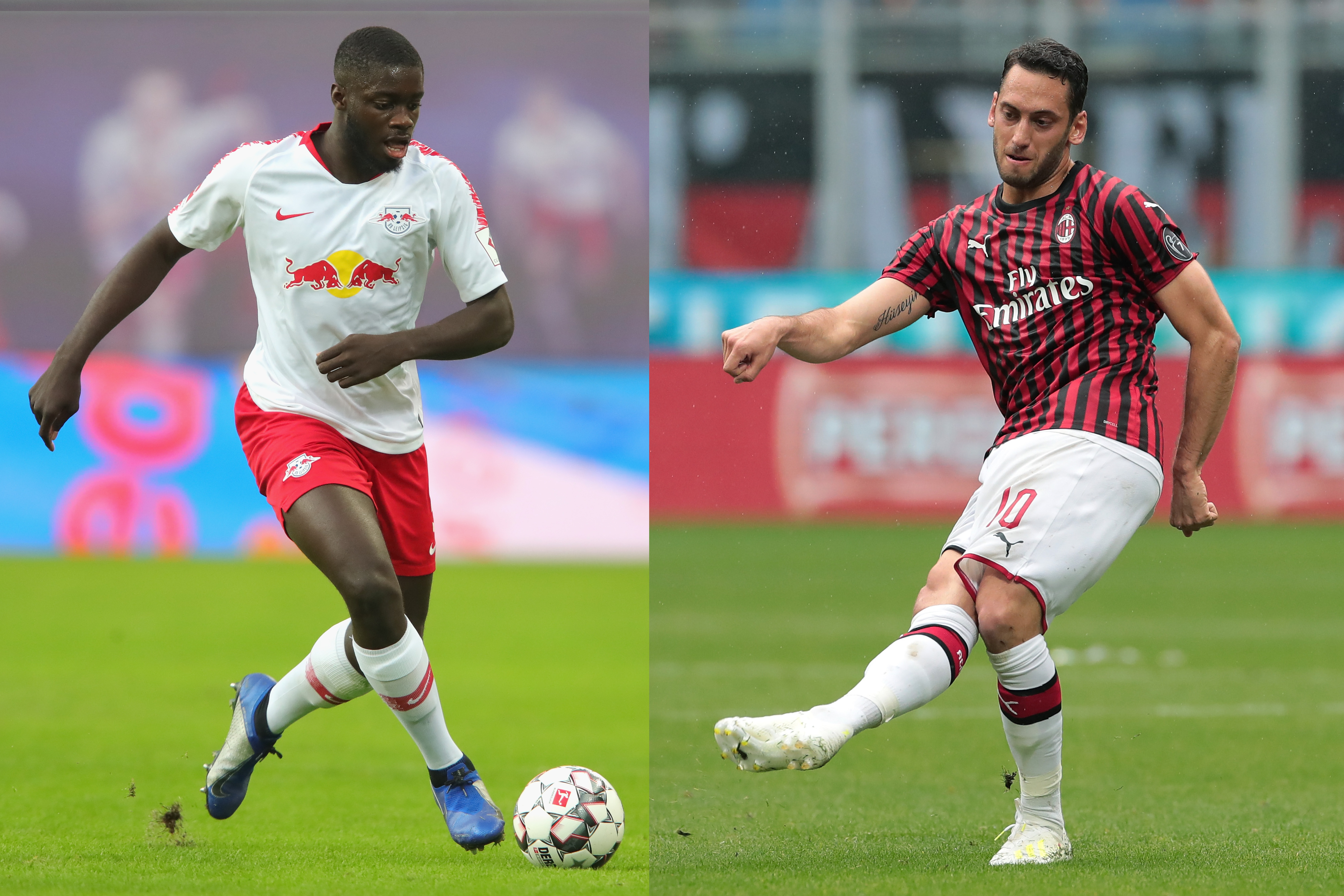 AC Milan could include Hakan Calhanoglu in a deal for RB Leipzig defender Dayot Upamecano, one journalist claims.

The Rossoneri leadership – fronted by Paolo Maldini and Ricky Massara – are keen on adding a new defender to replace Cristian Zapata.

A number of names have been linked including the likes of Dejan Lovren and Matija Nastasic, however both look like difficult operations currently.

Gianluca Di Marzio reported last week that Leipzig’s Upamecano is a possible option for Milan, but that any interested club may have to pay his €100m release clause.

Now, Sky Sport journalist Manuele Baiocchini is claiming that there is the possibility of offering Calhanoglu in order to bring the asking price down.

The Turkey international was strongly linked with a move to the Bundesliga side back in January and it has been suggested they are still keen on bringing him back to Germany.

Calhanoglu played 36 times in Serie A last season, scoring three goals and adding six assists, although there are doubts about where he may fit in best under new coach Marco Giampaolo’s 4-3-1-2 system.

Interestingly, Milan were also linked with a move for Upamecano back in 2017, while Manchester United have been credited with interest this year.

Reports: Milan to complete deal for Chelsea defender in 24-48 hours but one issue needs resolving
19 January 2021, 13:17
Serie A Standings