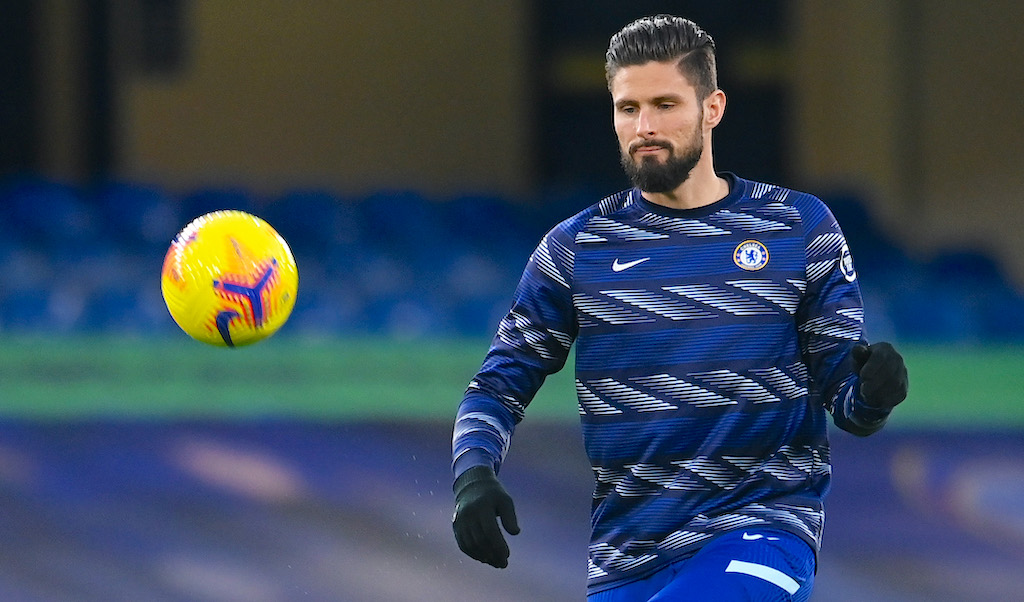 AC Milan and Juventus are both interested in signing Olivier Giroud from Chelsea in the January transfer window, a report claims.

According to Sky Sports, the 34-year-old is on a list of strikers that Juve have in mind to reinforce their attacking department along with Napoli’s Arkadiusz Milik and Fernando Llorente.

Giroud has eight goals from his last eight appearances after a difficult start to the season, and he is out of contract in the summer which has led to suggestions he could leave in order to try and push for a regular starting spot and boost his chances ahead of the European Championships this year.

Giroud – who scored 18 goals in 34 appearances for Chelsea in 2020 – is also apparently a target for Milan as they look at signing a back-up for Zlatan Ibrahimovic who can step in for the Swede when needed and also allow him to manage his workload given he is 39.

The report adds that Strasbourg centre-back Mohamed Simakan – who was offered to Chelsea last summer – is in discussions with Milan and RB Leipzig over a €20m move.