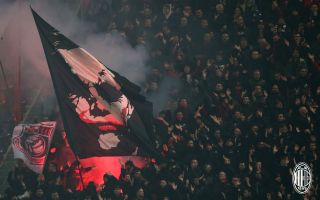 An AC Milan fan has been left in a serious condition after being stabbed following the Rossoneri’s 3-2 win in Bologna, a report claims.

According to Sky Italia, the supporter was stabbed in the abdomen at the exit of the away section at ​​the Stadio Dall’Ara at the end of the match.

According to preliminary findings, a dispute broke out between Milan fans and the stabbing occurred as a consequence.

He was transported to the Maggiore hospital in Bologna in a serious condition, while police investigations are underway to find out what happened in the lead up.

UPDATE: Rai Sport are reporting that the fan who was stabbed outside the stadium is now out of danger, with law enforcement now tracking his attackers.