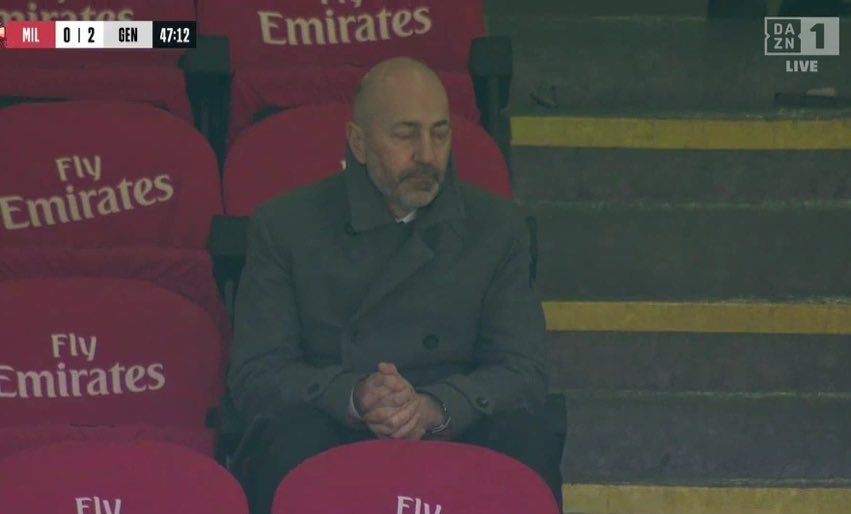 Sky: Milan give suspect explanation as to why Massara and Maldini missed Genoa game

The Milan press office have responded to questions about why Ricky Massara and Paolo Maldini did not attend Sunday’s defeat to Genoa.

Milan’s European hopes were dealt a big blow at San Siro on Sunday afternoon as they were beaten 2-1 by the relegation-battling Rossoblue.

Massara and Maldini were not at the game, in which Gazidis was shown on camera as being sat alone in the directors area.

According to Manuele Baiocchini of Sky Italia (via MilanNews), the Milan press office are claiming the pair did not attend due to health reasons, which would make sense given the coronavirus outbreak and the fact the game was played behind closed doors, except Gazidis was there.

Meanwhile, the same journalist also believes that Stefano Pioli feels his work is being delegitimised and he is losing his grip on the squad.