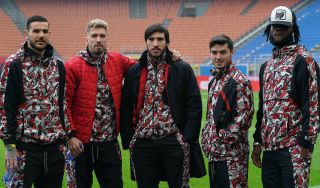 Sky: Milan hoping to finalise discounted deal for midfielder ‘in the next few hours’ – the details

AC Milan believe that they are on the home straight regarding talks over Sandro Tonali and will soon be able to make an announcement, a report claims.

The saga seems to have dragged on for a few weeks now, but could finally be reaching a conclusion as the Rossoneri look to turn an initial 12-month €10m paid loan into a permanent deal. The formula agreed last year to snatch him from under Inter’s noses included a €15m option to buy plus €10m in further bonuses, therefore €35m in total.

According to reports from the Sky Italia (via MilanNews), Milan’s optimism that Tonali will soon put pen to paper is growing. The Rossoneri are in constant contact with Brescia and hope to define everything ‘in the next few hours’. The management should manage save around €10m compared to the agreement they found last summer, therefore the total of the deal will be around €25m.