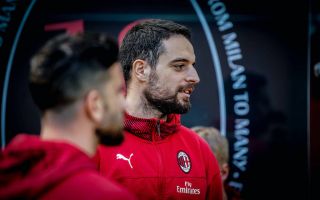 While the majority of fans are perhaps considering possible additions in the summer window, Milan first of all have some situations to solve in their current squad.

Gianluca Di Marzio has offered an update on the contract situations of three Rossoneri players on his website, and the main headline is that Giacomo Bonaventura’s time at the club is over.

Milan held a meeting with his agent Mino Raiola but the 30-year-old midfielder was not discussed, meaning that the club are happy to let his six-year spell come to a conclusion.

The club’s management did instead talk about Gianluigi Donnarumma and Zlatan Ibrahimovic with Raiola. The Italian-Dutch agent therefore expects an official offer for the goalkeeper and for the Swedish striker, which will then be assessed to find out if there is room to continue together.

There are reports now from most major media outlets suggesting that both Donnarumma and Zlatan wish to remain at the club.