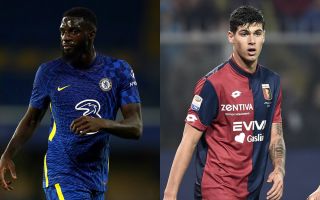 Sky: Milan on the home stretch after reaching agreement over Chelsea and Monaco duo

AC Milan are closing in on the signings of Tiemoue Bakayoko and Pietro Pellegri, as agreements have been reached with Chelsea and Monaco respectively. The next few days, therefore, will be exciting.

According to Peppe Di Stefano of Sky Italia, as cited by MilanNews, only the final response from Monaco is missing with regards to Pellegri. Milan have a general agreement with the French side and just need the final go-ahead to complete the move.

The same goes for Tiemoue Bakayoko, who is about to return to the Rossoneri. There is a general agreement with Chelsea on the basis of a loan. In other words, Milan are on the home stretch for both of these signings.

Based on previous reports, both deals should be on paid loans with an option to buy. This is the formula that Paolo Maldini and Ricky Massara like to use and it has worked well for them thus far.

READ MORE: Insigne increasingly tempted to leave Napoli as Milan and Inter remain in the loop