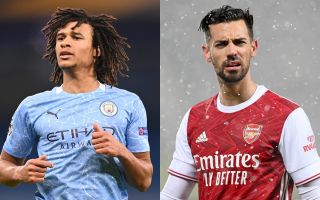 AC Milan are looking for a centre-back on the market and several names have been linked with them in the last few weeks. This afternoon, another batch of them arrived as the Rossoneri have turned to the Premier League.

According to Sky Italia (via MilanNews), Paolo Maldini and Ricky Massara have identified four players in the Premier league that could arrive on loan. They are the following: Nathan Ake (Man City), Eric Bailly (Man Utd), Pablo Mari (Arsenal) and Malang Sarr (Chelsea).

The report states that Milan have only just added them to their list, not going past a first evaluation. However, it confirms that the Rossoneri are indeed looking for a loan solution this month, either a loan with an option/obligation to buy or just a dry loan.

Of course, that’s how they signed Fikayo Tomori from Chelsea one year ago and that turned out to be a great move. You can understand why the directors are scanning the Premier League again, therefore.