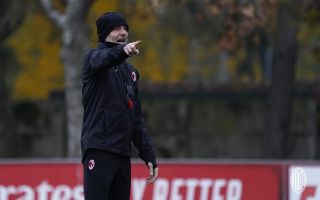 AC Milan should soon be able to confirm the renewal of Stefano Pioli’s contract as important steps forward have been taken, a report claims.

Speaking on Sky Italia (via MilanNews), Manuele Baiocchini gave an update on the latest regarding Pioli’s extension, with his current deal set to expire in June 2022. He reports that his renewal is ‘done and concluded’ with the former Lazio and Fiorentina set to earn €3.5m net per season plus bonuses with an agreement until 2024 and with an option for a third year.

There is nothing missing in terms of issues that must be resolved but Paolo Maldini and Ricky Massara are waiting for the green light from Gazidis which will come when he returns from America.

“The renewal of Pioli will be an important signal regarding the Milan world,” Baiocchini adds. There is no doubting that Pioli has disproved his doubters as he continues to lead the Rossoneri from strength to strength.