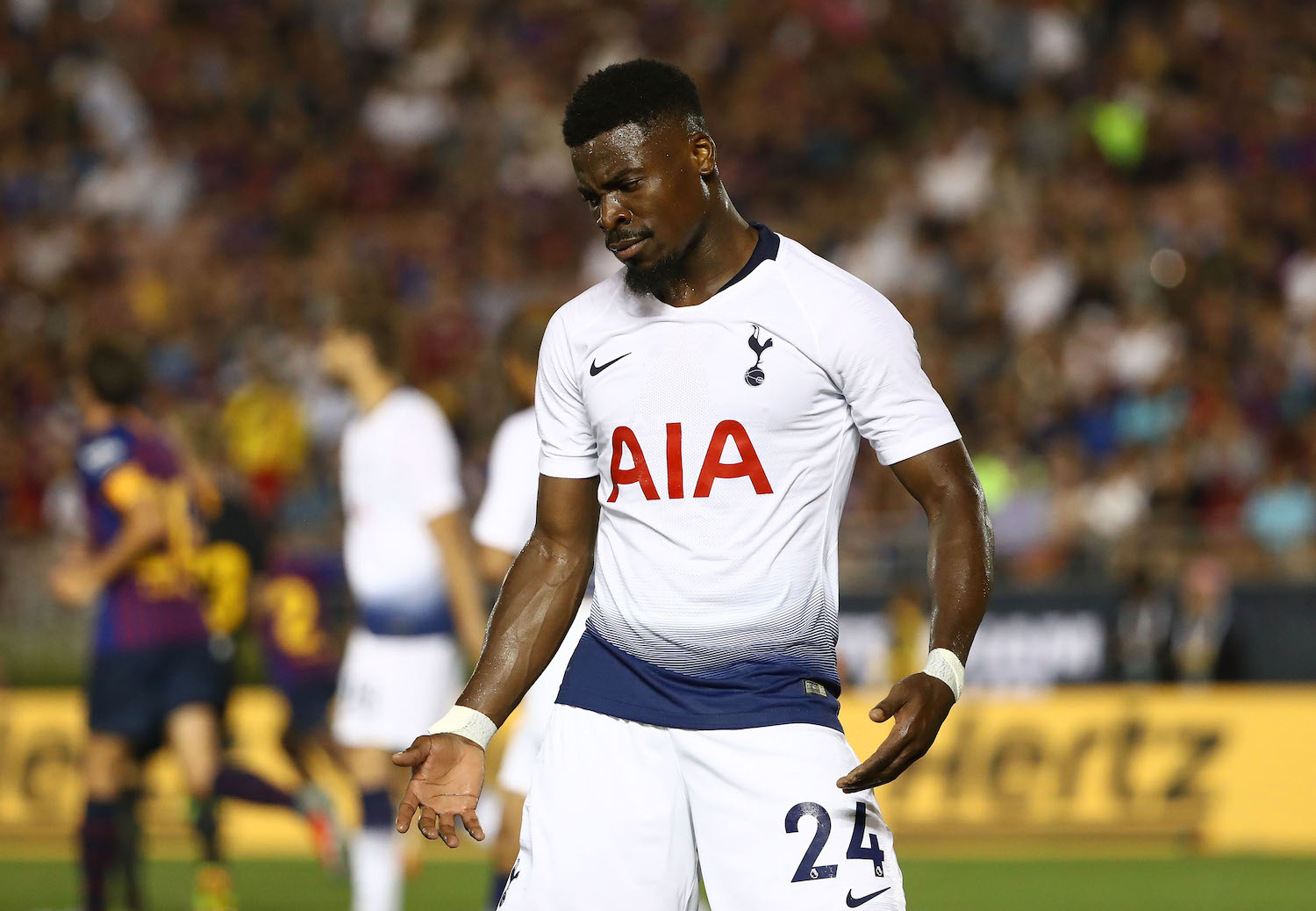 AC Milan have had their first bid for Spurs defender Serge Aurier rejected despite the fact they seem to have already signed his replacement.

It is seemingly no secret that Milan are in the market for an upgrade at right-back if they can secure one, with Andrea Conti and Davide Calabria having both had sub-par seasons.

Despite the fact that sporting director Ricky Massara claimed on Tuesday that Aurier is ‘not a target’ for the club at present, it has been suggested that the Rossoneri are still keen on signing the 27-year-old.

According to Sky Sports, Tottenham have rejected an opening bid from Milan for Aurier, who joined from PSG for €25m. Talks are continuing between Spurs and the Milan management, but the two clubs ‘remain some way apart in their valuations’, they add.

Bayer Leverkusen are also interested in the Ivory Coast international, who has two years left on his contract, while Spurs appear to have locked up Matt Doherty from Wolves as his replacement.