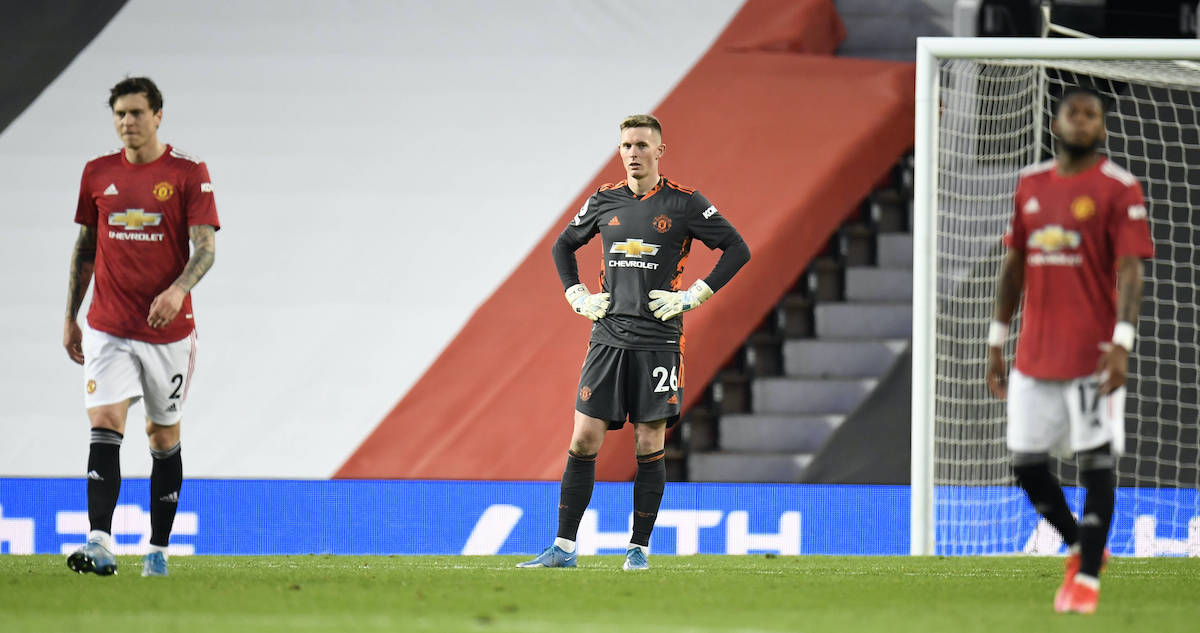 AC Milan are one of the clubs interested in signing Manchester United goalkeeper Dean Henderson, according to a report.

According to Sky Sports, Ole Gunnar Solskjaer’s team selection against Fulham has sparked interest from a number of clubs who are keen on landing Henderson either on loan or permanently, with Tottenham, Borussia Dortmund, Chelsea and Milan all reportedly keen.

Henderson took over from David De Gea as the No.1 in the league at the start of March with United as the Englishman looked to have cemented his position. However, he struggled in the recent 4-2 defeat to Liverpool last week and now it seems De Gea will be between the posts for next week’s Europa League final against Villarreal in Gdansk.

Sky Sports News adds that United are yet to make their goalkeeper plans for next season clear but will discuss Henderson’s future in the next fortnight. However, the club does not believe De Gea and Henderson will both be at Old Trafford next season.

READ MORE: Missing out on Champions League would not be a financial disaster for Milan – the reasons