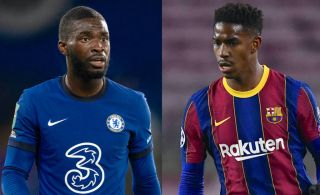 Sky: Milan to rush through deal for Chelsea defender; talks begin with Barcelona over full-back

AC Milan will tie up a deal for Chelsea defender Fikayo Tomori this week, it is claimed, while they are also working on signing a Barcelona full-back.

According to what Luca Marchetti reported for Sky Italia (via MilanNews), after Andrea Conti’s imminent departure for Parma the Rossoneri management will move to try and sign a new full-back.

The club apparently view Diogo Dalot as more of a right-back who can be adapted to the other flank if needed, meaning Paolo Maldini and Ricky Massara are looking in the direction of a new left-back.

The hottest name at the moment is that of Junior Firpo of Barcelona, but the negotiation to bring him to Milan is not easy. The Rossoneri are trying for a loan deal but Barca want to sell him outright, though Milan have sensed the opportunity and are working on this negotiation to give Pioli a new deputy to Theo.

Marchetti adds that Milan will sign Tomori most likely with a very high option to buy or even without one, in order to rush through his arrival.As it was for Brahim Diaz last summer it is more important to have the player immediately rather than thinking about a possible future.