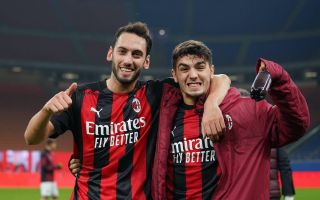 Some updates have arrived regarding the future of several AC Milan players now that the season has finished, a report claims.

We start with renewals, and according to Sky (via MilanNews), new talks are planned between the Milan management and agent Mino Raiola to discuss the future of Gianluigi Donnarumma. Discussions are expected in the middle of the week and it must be established whether – now Milan have achieved a top four finish – there is a better chance of reaching an agreement.

The Rossoneri will not raise their offer though, and there no positive signs on the renewal of the 22-year-old which appears very complicated, but Mike Maignan is all set to arrive if he does not renew.

The renewal of Calhanoglu is even more complicated given that he has a huge offer from Qatar and it seems at the moment as though the 27-year-old is set to leave the club, though there will soon be a new meeting with his agent to understand if anything has changed after qualifying for the Champions League.

Regarding Brahim Diaz, Milan’s desire is to renew his loan for another year but this time with an option to buy included, though Real Madrid would like to make money from his sale and will also wait and see what the opinion of their new coach is.