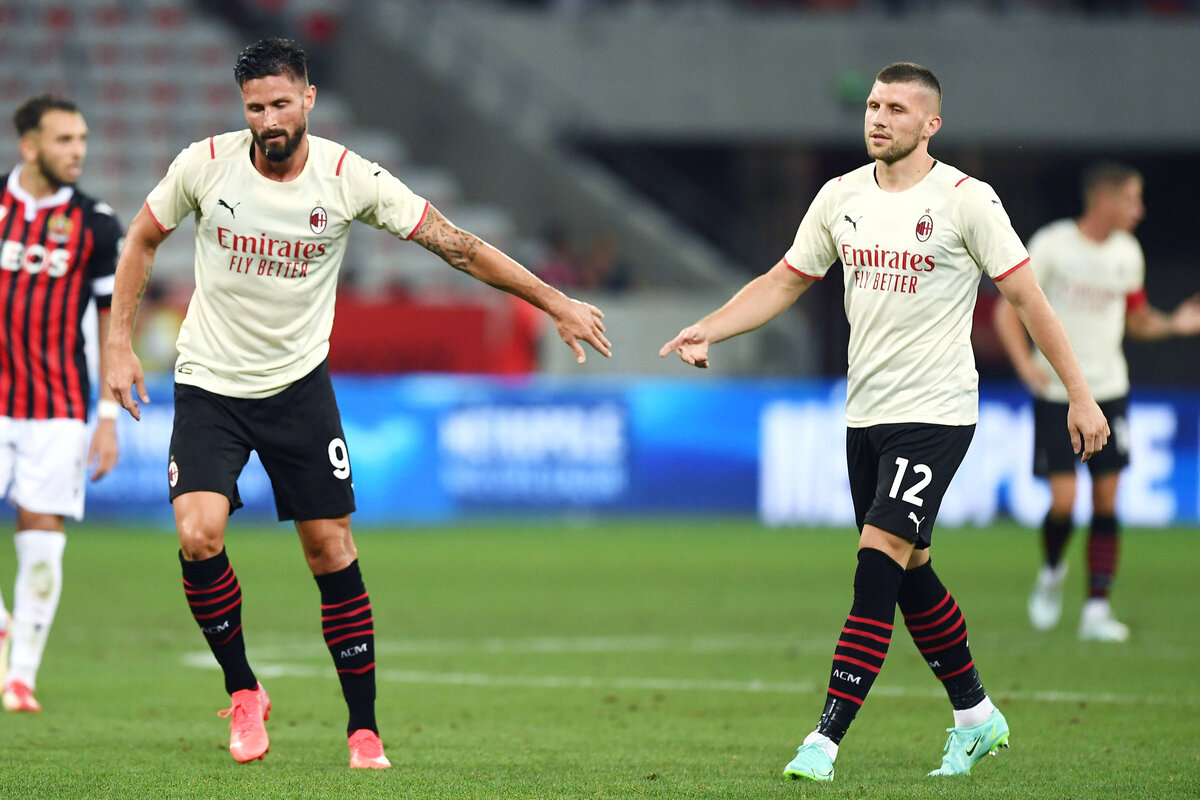 Milan will take on Panathinaikos in their final friendly clash of the pre-season this evening, hoping to end the tour on a positive note. And according to the latest reports, Stefano Pioli has decided to switch things up.

Per Peppe Di Stefano of Sky Italia, as cited by MilanNews, Pioli has decided to start Ante Rebic and Olivier Giroud up front for tonight’s clash. In other words, the usual 4-2-3-1 formation will look a lot more like a 4-4-2.

At the back, Simon Kjaer is ahead of Alessio Romagnoli to start in the heart of the defence. Rade Krunic is expected to start alongside Sandro Tonali in the midfield tandem as Ismael Bennacer isn’t 100% just yet.

Alexis Saelemaekers and Rafael Leao will be the wingers and it will be very interesting to see how that XI will work. With just one week left until the season starts, this could perhaps be the XI for the opener as well.

READ MORE: Bordeaux president confirms there is ‘interest on all sides’ as Milan continue Adli talks