AC Milan look set to be able to call upon Ante Rebic and Sandro Tonali for the game against Lazio, at least based on Sky’s predicted line-up.

The Rossoneri will close out the calendar year at San Siro against a Lazio side that beat Napoli at the Olimpico in their last game, knowing that a win would keep them top to start 2021.

Milan are somewhat of a wounded beast heading into the game with Zlatan Ibrahimovic, Simon Kjaer, Matteo Gabbia, Ismael Bennacer and Franck Kessie all out.

Nonetheless, Sky predict Milan will have Gianluigi Donnarumma in goal protected by a back four of Davide Calabria, Pierre Kalulu, Alessio Romagnoli and Theo Hernandez from right to left.

They also believe Tonali will be fit enough to start alongside Rade Krunic, with Alexis Saelemaekers, Hakan Calhanoglu and Rafael Leao in the trident from right to left behind Rebic. 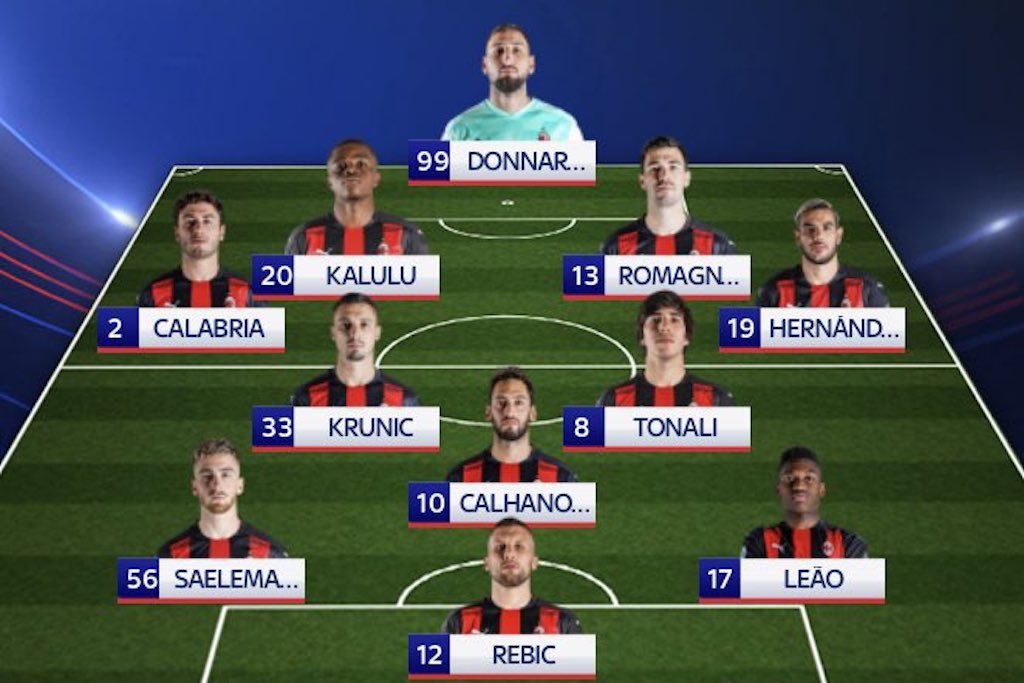