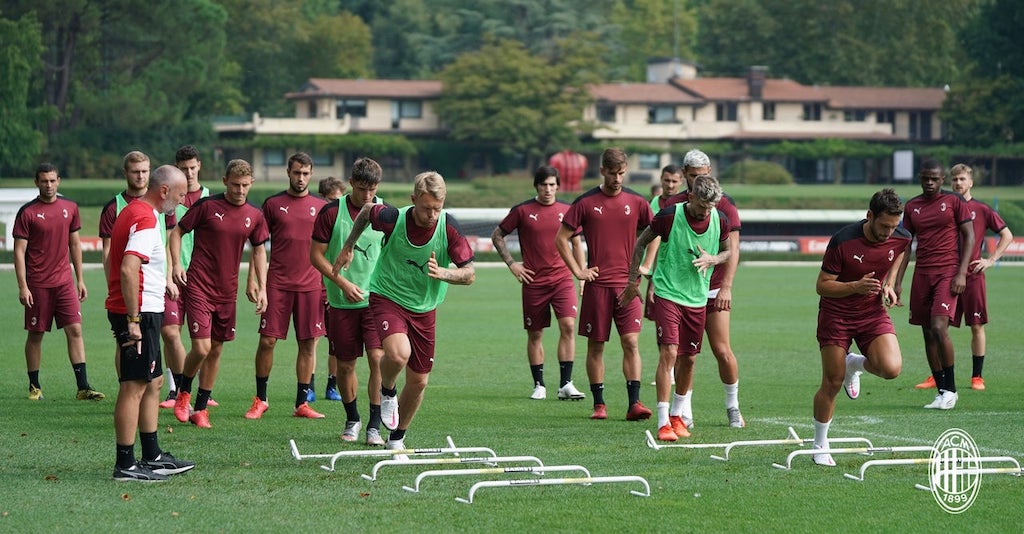 AC Milan head coach Stefano Pioli will make five changes to his starting XI from the team which won in Udine on Sunday, a report claims.

Milan will be looking to take a big step towards securing qualification for the knockout stages of the Europa League when they host Lille on Thursday night.

According to the latest from Sky (via MilanNews), Pioli tried out his starting XI at the end of Wednesday evening’s training session at Milanello, with five changes expected compared to Sunday’s game.

Gianluigi Donnarumma will be in goal as expected, while three of the back four will remain the same in Theo Hernandez, Simon Kjaer and Alessio Romagnoli, but Diogo Dalot will sit out but be back for the game against Hellas Verona.

In midfield Sandro Tonali will come back in to partner Franck Kessiè, while Zlatan Ibrahimovic will be supported by a trio of Samu Castillejo, Rade Krunic and Brahim Diaz.

Pioli bemoans several aspects of Milan’s performance vs. Sassuolo: “There is something to fix” – video
28 November 2021, 19:20
Serie A Standings