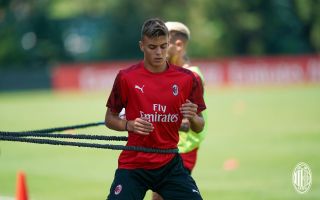 Late on Saturday, the club confirmed in an official statement that technical director Paolo Maldini and his son Daniel have both tested positive for Coronavirus.

According to what is being reported by Sky Italia (via MilanLive), there are no concerns regarding Paolo and Daniel Maldini and rather both are doing well despite their diagnosis.

They report that everything presumably started from contact that Paolo had with an acquaintance causing him to contract the virus, and after feeling symptoms he decided to remain indoors along with his son, whom the virus was passed on to.

There is not too much concern at Milan about other possible contagions currently. Paolo Maldini hasn’t been at Milanello since March 5, even before the team then played against Genoa, as he was advised by the Milanese medical staff to stay at home when the first flu symptoms arose.

Even Daniel should not have crossed paths with the first team as he has been at home for about two weeks with illness, and last crossed his team-mates on March 6.

There is therefore no concern in the Milan home. The company will now follow government guidelines with forced isolation for all.