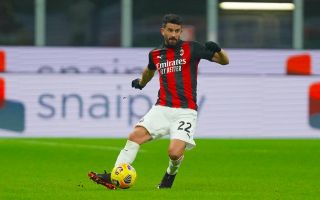 Sky: Parma enquire about signing of Musacchio after first appearance of the season

Mateo Musacchio could have played his last game for AC Milan as Parma have asked about the signing of the defender, it is claimed.

Musacchio joined Milan in 2017 from Villarreal for €18million and became an important part of the starting XI in his first two seasons. However, he had not made a single matchday squad this campaign up until last night.

It was somewhat of a surprise therefore when Musacchio was named in the starting XI for the Coppa Italia Round of 16 game against Torino, and he put in a solid shift as the Rossoneri prevailed on penalties with the game having been 0-0 after extra time.

According to the latest from Sky (via MilanNews), Parma have asked about Musacchio and have expressed an interest in signing him.

The Argentine’s contract expires in June 2021, and his agent Marcelo Lombilla spoke about his client’s situation last month, claiming that he does not understand the treatment he has had in what is a ‘strange’ situation.