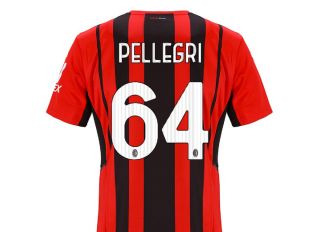 Sky: Pellegri has decided to wear No.64 at Milan – announcement tomorrow

Pietro Pellegri is just an official announcement away from becoming an AC Milan player, with his contract signing scheduled for tomorrow. He was initially set to do it tonight, but it was postponed due to the mercato.

The young striker, as reported by Sky Italia (via FMCR), has decided to wear the No.9 shirt at Milan. Of course, the No.9 is occupied by Olivier Giroud and Zlatan Ibrahimovic has No.11, so it was always going to be an unconventional number.

Pellegri will be hoping to relaunch his career with the Rossoneri after what was a less successful spell at Monaco. He has the potential and Milan could end up being very pleased with the signing, which will cost around €8m.

The report also added that Milan are expected to secure the signing of Tiemoue Bakayoko from Chelsea tomorrow. Then, they will focus on the attacking midfielder role, given its importance.